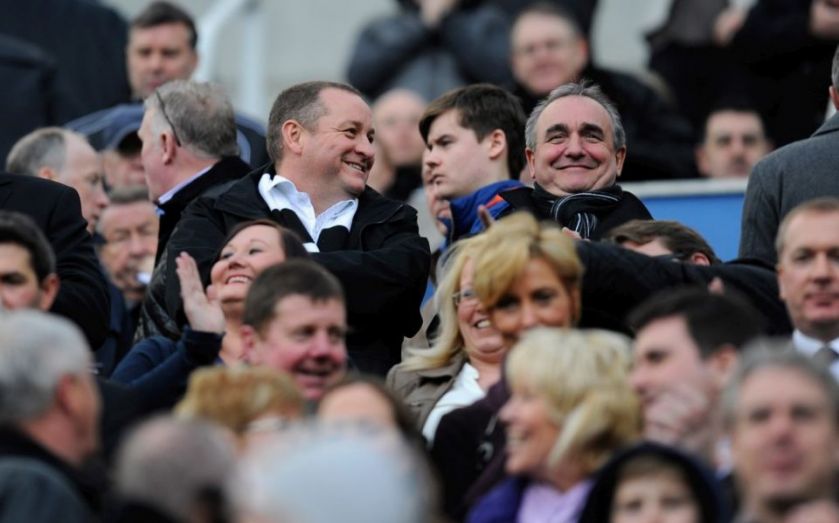 Gains for Glencore couldn’t keep the FTSE 100 up last night as both Sports Direct and Old Mutual fell hard. The index closed 0.63 per cent down at 6,088.

Sports Direct slumped after Mike Ashley’s retailer posted poor first-half results and the company was criticised for staff conditions. Group revenue ticking up 0.1 per cent to £1.43bn, while underlying pre-tax profit rose 3.6 per cent to £166.4m and Ebitda rose 7.6 per cent to £218.5m. The company’s share price closed 10.97 per cent down.

“Investors have been left disappointed by the retailer’s weak sales performance, particularly across its struggling premium lifestyle division, at a time when many of its high street rivals are streaking ahead,” Julie Palmer, partner at Begbies Traynor, said.

She added: “Shareholder rebellions and public protests around Sports Direct’s controversial zero-hour contracts and questionable warehouse working conditions have kept the retailer in the public eye for all the wrong reasons. Meanwhile, this week’s positive update from main rival JD Sports has yet again shone a light on the gaps in the retailer’s multi-channel strategy and in store customer experience.”

Meanwhile, Old Mutual wasn’t far behind, losing 10.85 per cent. The company has a lot of business in South Africa, where the country’s finance minister Nhlanhla Nene was sacked yesterday.

However, Glencore shares surged after investors cheered its plans for more debt reduction and spending cuts.

In a statement released ahead of its annual investor day, the commodities miner and trader said it was now targeting net debt of between $18bn (£11.9bn) and $19bn by the end of 2016, lower than the previous target of $20bn.

Positive updates from both Centrica and TUI helped avert deeper losses in the FTSE 100. TUI closed 4.64 per cent up, while Centrica’s share price rose 2.62 per cent by the close.

The market reaction to the Bank of England’s decision to keep interest rates on hold at record lows was muted, as it was widely expected.