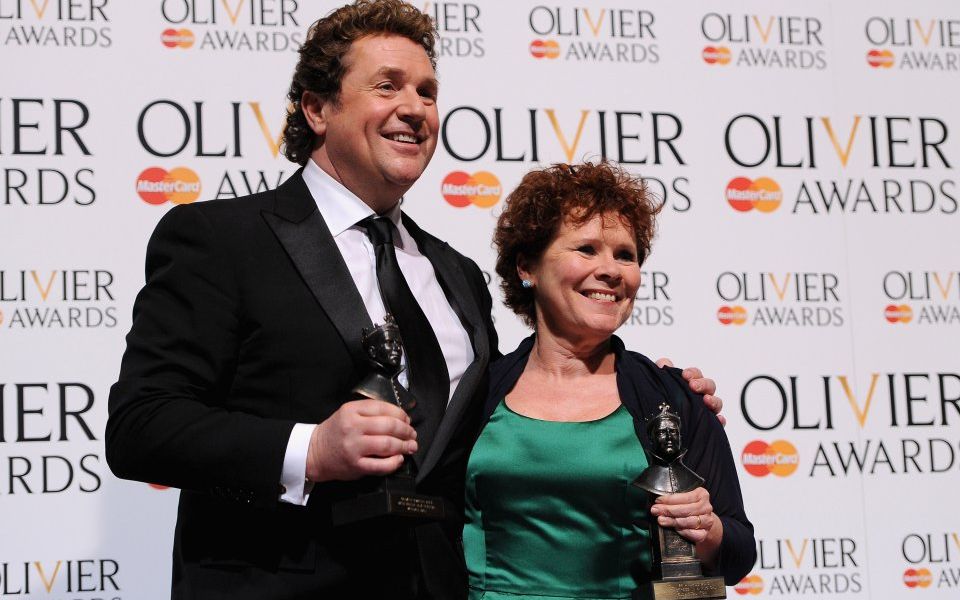 “I’m just a Broadway Baby/Walking off my tired feet/Pounding 42nd street/To be in a show…” sings Hattie in Follies, Stephen Sondheim’s love letter to the Broadway revue.

Yet this show isn’t about starstruck youths dreaming of their name in lights, but the far more fascinating lives of ageing stars and what happens to them when they start to fade.

Showgirls from Weismann’s Follies – an all-singing, all-grinning interwar variety show – are summoned to say goodbye to their crumbling theatre. From the wistful housewife to the New York society dame, every iteration of fading star is served up here in a literal tap-dancing chorus line of alternate realities.

Behind all the feathered headpieces lurks the dark notion that, in the end, love is as fleeting as stardom.

Every woman has her time in the spotlight in the first half, in a series of ‘turns’ designed to showcase them in all their multifaceted glory. Some numbers, like Broadway Baby, are humble odes to low expectations, while others, like I’m Still Here, are survival anthems to rival the output of Gloria Gaynor.

All the while, stalking around in the rubble, smothered in feathers and pearls, are the Follies’ younger selves, watching the women they’ve become peel off their artifice layer by layer. These ethereal beings waft about like ghosts in front of a rippled glass screen at the back of the stage distorting the view of a 20-odd piece orchestra.

At the centre of all this, there’s Sally and Buddy, Phyllis and Ben, two showgirls and their husbands, whose titular “follies” towards each other are examined. Behind all the feathered headpieces lurks the dark notion that, in the end, love is as fleeting as stardom.

Imelda Staunton, seemingly incapable of disappointing, is on top form as insecure ingenue Sally. Her two ballads of unrequited love, In Buddy’s Eyes and Losing My Mind, are bewitching in their intensity, rendering a standing ovation an inevitability.

Regular National Theatre-goers should note there’s nothing particularly revolutionary about this production; it basks unashamedly in its own nostalgia, yet it’s so engrossing it’s almost a form of time travel.

The world of 1930s music hall comes alive so vividly that you’re perfectly happy to sit through two and a half hours without an interval, which would risk breaking the spell.

It's simply a musical masterclass and it'd be folly to miss it.