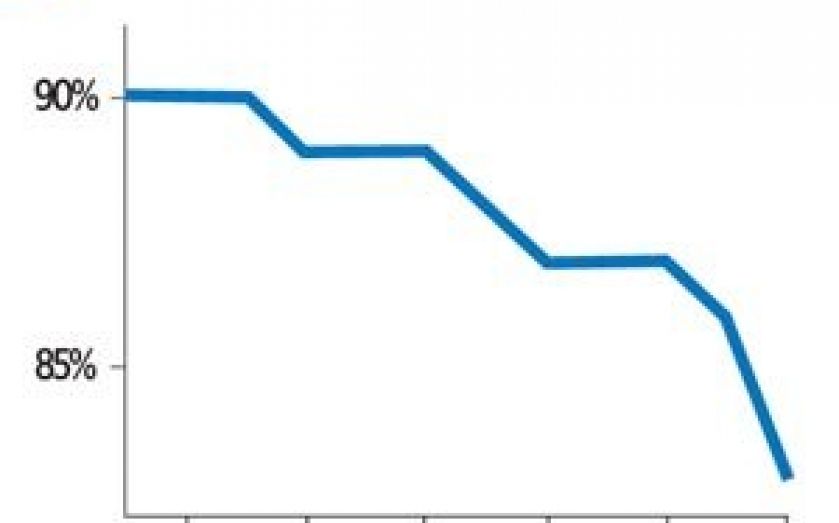 PROFITS at Britain’s leading firms are being dragged down by sustained pension fund deficits, thanks to falling bond yields, according to a study out today from Mercer.

This problem is exemplified in AA corporate bond yields, which have fallen to 3.38 per cent as measured by the Markit iBoxx >15 year index. This figure is a record low, and is down from 4.42 per cent a year ago.

Because of these record low bond yields, pension liability values have increased by £100bn since 31 December 2013 to about £720bn for FTSE 350 businesses.

Steps to rectify the problem could take a £1.8bn chunk out of the firms’ profits, Mercer warned.

“Falling bond yields have clearly put defined benefit (DB) pension plans under a lot of strain in the latter part of this year. Pension plans with higher levels of assets which hedge the effect of falling bond yields will have fared noticeably better during this period”, said Ali Tayyebi, a senior partner in Mercer’s retirement business.

In addition, Warren Singer, Mercer’s UK head of pension accounting, noted: “For FTSE 350 companies with DB pension liabilities, 2015 profits will be affected by an interest cost that is applied to the deficit position at the start of the year. This means that the profits of FTSE 350 companies in 2015 could be at least £1.8 billion lower than in 2014 due to pension costs, all other things being equal”.