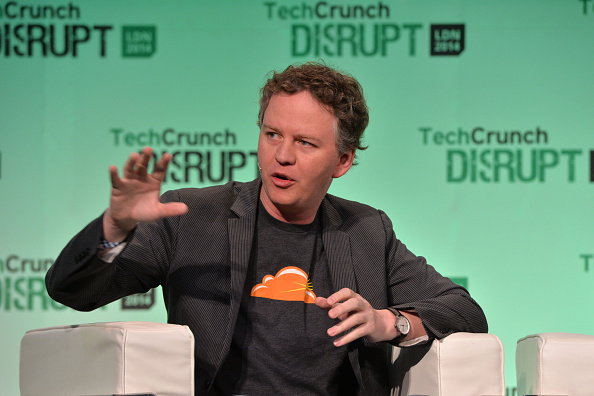 8chan, the far-right messaging forum linked to recent mass shootings in the US, has been forced offline after cybersecurity firm Cloudflare cut ties with the website.

It follows reports that the 21-year-old suspect in the El Paso, Texas shooting this weekend posted a 2,300 word anti-immigrant manifesto to 8chan minutes before the massacre.

The website is also believed to have been used by the suspects in a terrorist attack in Christchurch, New Zealand in March and an attack on a synagogue in Poway, California in April.

In a blog post published last night, Cloudflare chief executive Matthew Prince said 8chan had “repeatedly proven itself to be a cesspool of hate”.

“The rationale is simple: they have proven themselves to be lawless and that lawlessness has caused multiple tragic deaths,” he wrote.

Cloudflare provides protection from so-called Distributed Denial of Service (DDoS) attacks, where a website is flooded with internet traffic, overwhelming its servers and rendering it inaccessible.

The withdrawal of support has left 8chan vulnerable to such an attack, and the website has been taken offline.

However, Cloudflare warned the forum was likely to reappear using one of its competitors.

Ron Watkins, 8chan administrator and son of owner Jim, wrote on Twitter that the website was being moved to Washington State-based cybersecurity provider Bitmitigate.

Bitmitigate, which describes itself as a “non-discriminatory” provider of DDoS protection, also took on neo-Nazi website The Daily Stormer when Cloudflare halted business with the company in 2017. Bitmitigate has been contacted for comment.

The issue has fuelled the ongoing debate over the responsibility of websites over material published to their sites. Supporters of forums such as 8chan have argued that shutting them down constitutes a violation of freedom of speech.

Cloudflare boss Prince wrote: “We continue to feel incredibly uncomfortable about playing the role of content arbiter and do not plan to exercise it often.”

But 8chan founder Frederick Brennan, who handed over control of the site to Watkins in 2015, has frequently expressed concern over the quantities of violent and hateful material posted to the forum.

“Thank you so much Cloudflare. Finally this nightmare might have an end,” he wrote in a tweet.