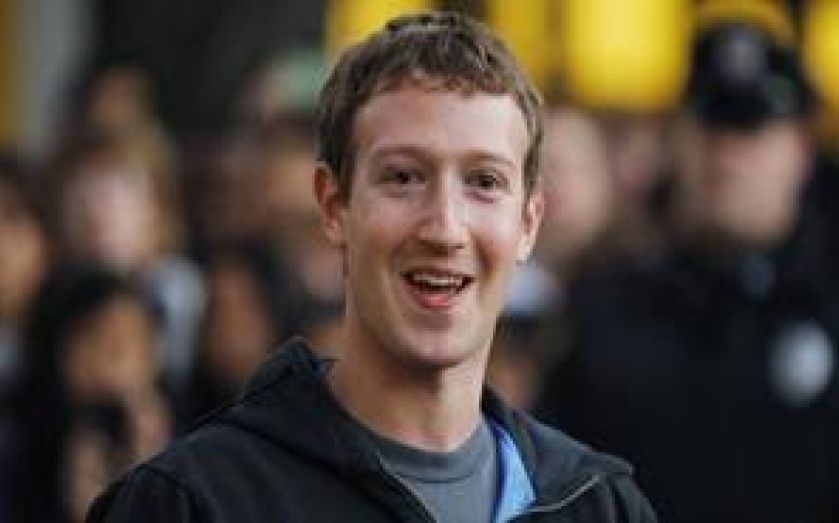 FACEBOOK has taken the first official step to becoming a publicly traded company, filing papers yesterday that outline plans to raise $5bn in what could be the biggest float this year. Silicon Valley’s most anticipated flotation will see Facebook represented by ticker symbol FB, although the company did not specify whether it would list on Nasdaq or NYSE. Morgan Stanley will underwrite the offering alongside JP Morgan and Goldman Sachs, with assistance from BofA Merrill Lynch, Barclays Capital and Allen & Co. The filing with the Securities and Exchange Commission has given the world its first authorised peek at Facebook’s finances. It revealed that the social networking site generated revenues of $3.71bn (£2.34bn) in 2011 – 88 per cent higher than 2010’s $1.97bn revenue and a staggering growth on the $777m reaped in 2009. Mark Zuckerberg’s empire, launched from his Harvard bedroom in 2004, pocketed $1bn in net income last year – 65 per cent more than the $606m earned in 2010. The college dropout owns 28.4 per cent of the global networking phenomenon which, if Facebook’s value reaches the $100bn put forward by analysts, would place Zuckerberg comfortably among the top ten richest billionaires in the world. Secondary trading site SharesPost yesterday priced the company at $89.4bn, valuing its creator at $23.5bn on paper. He earned a basic salary of $483,333 last year and was awarded $220,500 as bonus. The firm spent a further $783,529 on Zuckerberg, which included a security programme and the use of a private jet. However, starting from January 2013, the 27-year old will reduce his salary to just $1 a year. Chief operating officer Sheryl Sandberg, formerly of Google, pocketed £381,966 last year, of which salary accounted for $295,833. The blue-branded website boasts 845m monthly active users, of which almost half – 483m people around the world – log in every day. This accounts for the heavy extent to which Facebook relies on advertising, which brought in 98 per cent of revenues last year, up from 95 per cent the year before and 85 per cent in 2010. Facebook admitted 12 per cent of its revenues came through its deal with games group Zynga, stating this as a significant risk to investors should the social gaming company migrate to competitors, fail to maintain good relations or no longer entice users. Other risks outlined by Facebook include a loss of advertisers, a declining rate of growth, susceptibility to legal action and the prospect of losing Mark Zuckerberg. Facebook will run a dual class stock, with early investors having ten-to-one voting power over the shares to be sold publicly, ensuring Zuckerberg remains in control. The company, which has just moved to new Menlo Park address 1 Hacker Way, will follow in Apple’s footsteps and not pay dividends. Zuckerberg said in the filing: “Facebook was not originally created to be a company. It was built to accomplish a social mission — to make the world more open and connected. “We don’t build services to make money; we make money to build better services.” FACEBOOK BY NUMBERS 845M monthly active users worldwide $5bn to be raised in the float $100bn Estimated maximum market cap 3,200 Employees $3.7bn revenues in 2011 $1bn net income in 2011 $23.5bn Mark Zuckerberg’s potential wealth $1 Mark Zuckerberg’s salary next year