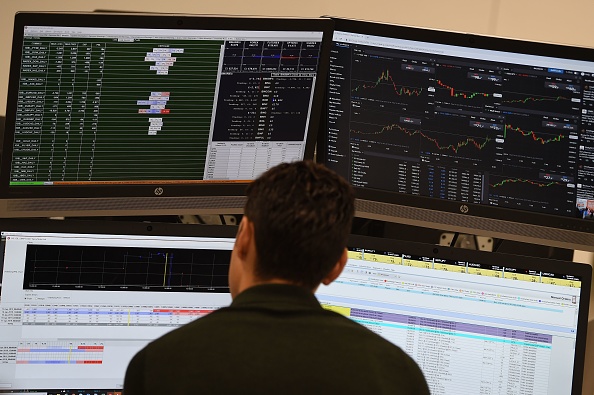 European markets have risen this morning after the US and China announced plans to gradually lift tariffs as the two countries work towards securing a trade deal.

News of the trade-war de-escalation buoyed Britain’s FTSE 100 index, sending it up as much as 0.44 per cent in morning trading. The blue chip index was sitting at 0.15 per cent by mid-morning.

The FTSE 100’s rise was driven by strong climbs by corporates including RSA Insurance, which gained 3.38 per cent after reporting stronger profit for the first nine months of the year.

Auto Trader also rose over three per cent after it posted higher half-year revenue and profit.

Germany’s DAX climbed as much as 0.72 per cent following the news, despite the release of figures showing that German industrial production shrunk in September. France’s CAC 40 was up 0.16 per cent.

“One might have expected the market to spike on this news which suggests the agreement isn’t clear cut. Indeed, talk of ‘phase one’ of the agreement implies this could be a long drawn-out process, hence only a muted market reaction,” said AJ Bell investment director Russ Mould.

Concerns over a possible delay to the first phase of a US-China trade deal had weighed on US stocks overnight and early trading in Asian markets.

The DOW closed flat, while the NASDAQ ended Wednesday 0.29 per cent down.

These doubts abated following reports Washington and Beijing had agreed to begin scaling back the tit-for-tat tariffs they had imposed on each other’s goods as they near a trade deal.

“While a final deal could be signed in December rather than November, the plan to begin rolling back tariffs across the phases does show that we are finally seeing light at the end of the tunnel,” said IG senior market analyst Joshua Mahoney.

“Unlike the promise of higher agricultural purchases by the Chinese, a roll back in tariffs from each side would be much more positive for the wider economy and less likely to falter due to non-conformity of the agreement,” he added.

“Optimism over those US-China talks has understandably boosted risk sentiment, with stocks and the Yuan gaining ground at the detriment of havens such as gold and the Japanese Yen.”