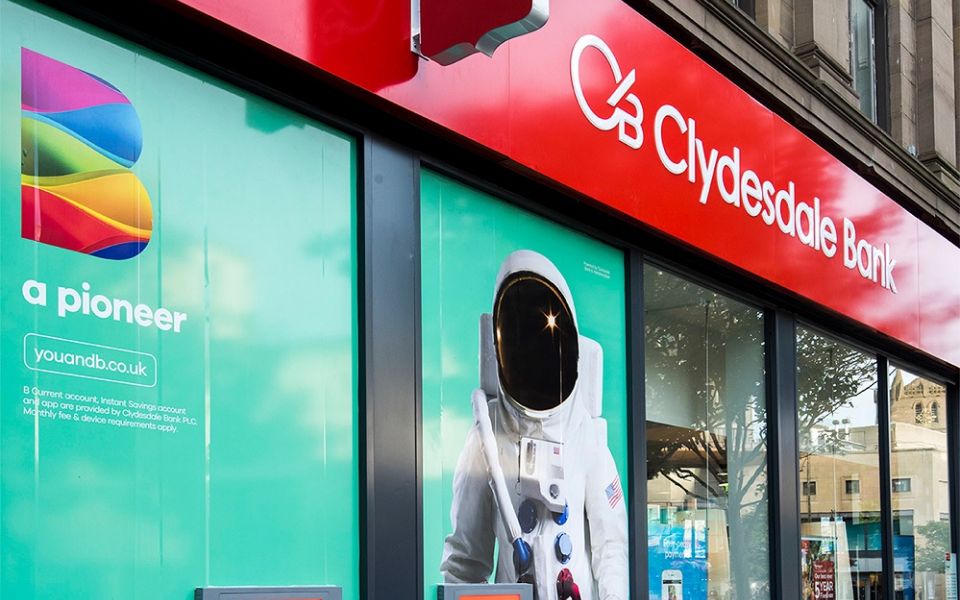 The owner of Clydesdale and Yorkshire banks, CYBG, confirmed this morning it had agreed a £1.7bn tie-up with Virgin Money, which it said will create "the UK's first true national banking competitor to the status quo".

The terms of a recommended all-share offer have been agreed, and based on the closing price of 306p per CYBG share on 15 June, the offer values each Virgin Money share at 371p, and Virgin money's ordinary shares on a fully diluted basis at approximately £1.7bn.

The combined group will see Jayne-Anne Gadhia, chief executive of Virgin Money, stepping down from her current role and acting as a senior adviser to the chief executive in a consultancy role "for a period of time" beyond completion of the deal.

Gadhia said the offer reflects the complementary strengths of the two businesses, and the combination will have "greater scale to challenge the big banks".

I am especially pleased that we have received a number of important commitments from CYBG. The Virgin Money Foundation will continue to contribute to essential programmes in the North East and beyond.

We have obtained assurances from CYBG regarding our employees (including a commitment to leverage the best talent from both CYBG and Virgin Money) and our Gosforth headquarters. The combined group will remain a committed voice behind the Women in Finance Charter as well as working to reduce the gender pay gap.

Around 1,500 jobs will go "as a result of the significant operational overlap" between CYBG and Virgin Money, the banks confirmed. The total number of employees at the combined group is around 9,500, and that will be trimmed by around 16 per cent.

CYBG's chairman, chief executive and chief financial officer will all retain their current positions in the new business.

Following completion of the takeover, Virgin Money shareholders will own 38 per cent of the combined group.

CYBG's directors said the new business will create a national competitor with scale, with "an attractive service and product" offering that will be available digitally and supported by a national branch network.

The deal is expected to generate £120m of annual pre-tax cost synergies, run rate by the end of the 2021 financial year.

By combining two of the UK's leading challenger banks, we will create a national, full-service bank with the capabilities needed to compete effectively with the large incumbent banks.

We are bringing together CYBG's 175-year heritage in serving retail and SME customers and advanced digital technology, with the iconic Virgin Money brand and consumer champion credentials.

The agreed deal will enable CYBG to use the Virgin Money brand for financial services for retail, small business and corporate customers in the UK, with a fixed yearly minimum royalty, rising from £12m in the first year up to £15m in the fourth year.

There will be an additional yearly royalty beginning in the fifth year should turnover reach a set amount the year before.

Shares in Virgin Money rose 1.32 per cent on the news, while CYBG shares were flat in early trading.