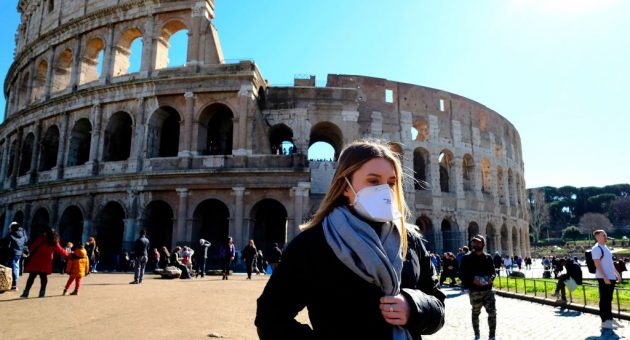 Boris Johnson is thought to be preparing for a crunch meeting with chancellor Sajid Javid and transport secretary Grant Shapps over the future of the HS2 rail line this week.

The meeting could well be a combative one, after a torrid week for supporters of the beleaguered project.

On Monday, it emerged the price tag is expected to soar as high as £106bn, more than three times its original £32.7bn budget.

Then, on Friday, the National Audit Office warned the project will face further delays if construction does not begin by the end of March.

The chancellor is said to be the least convinced by the case for going ahead with the scheme. Meanwhile, Shapps is likely to push the Prime Minister in the direction of building the line.

This morning, Brexit secretary Stephen Barclay said HS2 plays “an important part” in Johnson’s plan of “levelling up” parts of the UK outside London.

“We have a strong commitment to levelling up all parts of the United Kingdom. HS2 is a key part of that,” he told the BBC.

“Not just from a speed [perspective] but more from a capacity point of view in the line. And that is a very clear commitment we’ve given the north.”

When asked whether his gut feeling over the project was yes or no, he said: “Yes.”

If he chooses to go ahead with the project, he must side with HS2 Ltd, which has this morning been accused of trying to con him into giving it the green light.

According to the Sunday Telegraph, the company has been “revising” agreements with firms carrying out the main construction works.

The revisions would reportedly mean future cost increases will be borne by the taxpayer-funded company, rather than contractors.

And Colin Morris, HS2’s former director of strategy, told the paper the company was “artificially” lowering the estimated costs of the scheme.

Such a move could make the final taxpayers’ bill much more expensive than current estimates, which already put it as high as £106bn. Morris said the scheme was “not fit for purpose”.

On the other hand, if Johnson scraps the scheme, it will cost at least £12bn in write-offs and compensation, according to the Observer.

Sources have said putting HS2 on the scrap heap would cost an extra £3bn to £4bn.

That comes on top of the £9bn that has already been spent on the project.

Site clearance, ecology surveys and ground improvements would have to come to a halt.

On top of that, terminating construction contracts with firms including Balfour Beatty, Kier and Costain could add even more to the bill.

Large contractors have already written to the Prime Minister, warning of the damage that cancelling the project could do to their businesses and the wider regional economy.