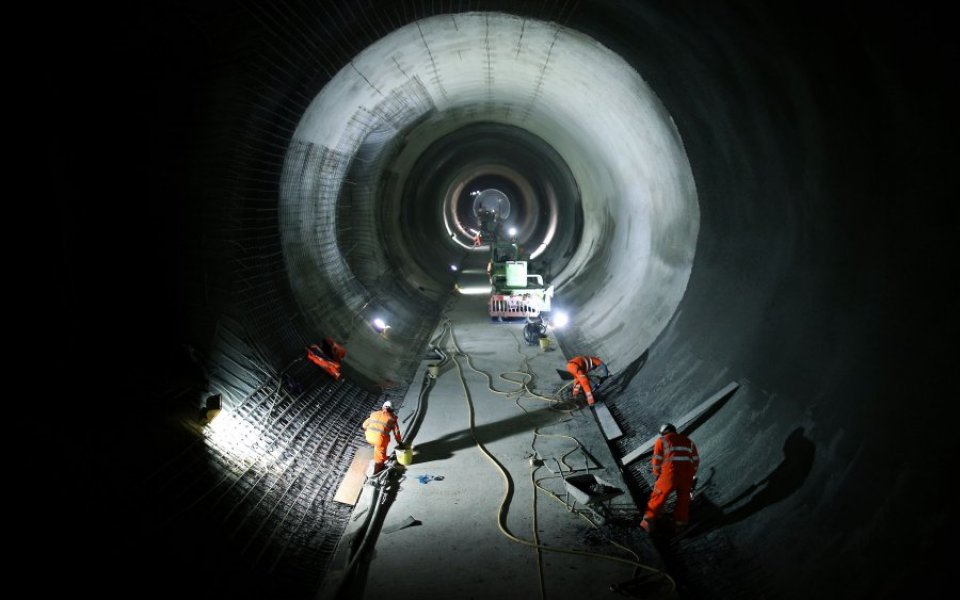 Crossrail is getting a rebrand before it has even launched.

The multi-million-pound network, which will stretch from Reading in the West to Abbey Wood in East London and Shenfield in Essex, is going to be called the Elizabeth Line, in deference to our good lady monarch.

The Queen visited the project formerly known as Crossrail today, dropping in on the Bond Street station to see how construction is coming along.

Construction is now more than 70 per cent complete and not-Crossrail is expected to be delivered on time and within budget.

A fleet of brand new 200 metre long trains will run on the Elizabeth Line, with nine walk-through carriages, air conditioning, CCTV and real-time travel information. Half a million people are expected to travel on the new line each day at launch.

Outgoing mayor and current thorn in David Cameron's side Boris Johnson revealed the name change as Transport for London executives and the transport secretary Patrick McLoughlin gave HRH a tour of the site.

Once fully open in 2018, there will be 24 trains per hour run through Bond Street in each direction.

The Queen was presented with a commemorative Elizabeth roundel, and met a wide range of people involved in the construction of Crossrail, Europe’s largest infrastructure project. This included apprentices working on building the railway, engineers fitting out the station and drivers of the trains that will serve the line.

This is not the first train line to be named after her: the Jubilee Line, which launched in 1977, was named to mark her 25 years on the throne.

Johnson said: “Crossrail is already proving a huge success for the UK economy, and as we move closer to bringing this transformative new railway into service, I think it’s truly wonderful that such a significant line for our capital, will carry such a significant name from our country.

"As well as radically improving travel right across our city, the Elizabeth line will provide a lasting tribute to our longest serving monarch.”

Mike Brown, London’s transport commissioner, added: “The Elizabeth line will transform the way people get across our city and will enable London to continue to succeed, contributing to the economic health of the entire country. In running this important new railway we will ensure that it serves as a fitting tribute to Her Majesty the Queen.”