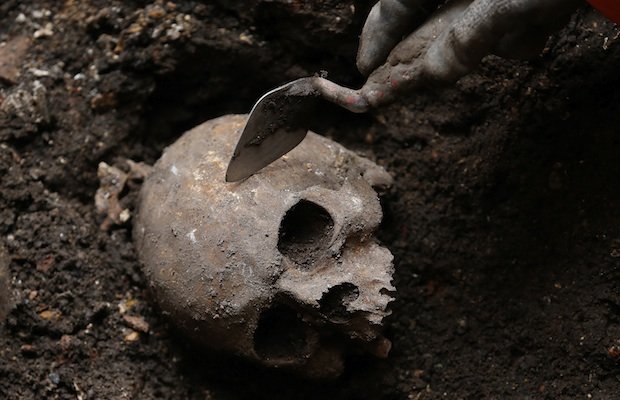 About 20 Roman skulls have been unearthed near Liverpool Street station during work on the Crossrail project.

Workers, under the direction of Crossrail's achaeologists, removed the human skulls and Roman pottery, found in the sediment of the historic channel of the River Walbrook.

Construction on the site has already unearthed remains from other periods, with skulls found in the old graveyard of Bedlam (Bethlehem hospital) (image) – due to become the new Crossrail ticket office.