Could Ethereum overtake Bitcoin as the world’s leading cryptocurrency? 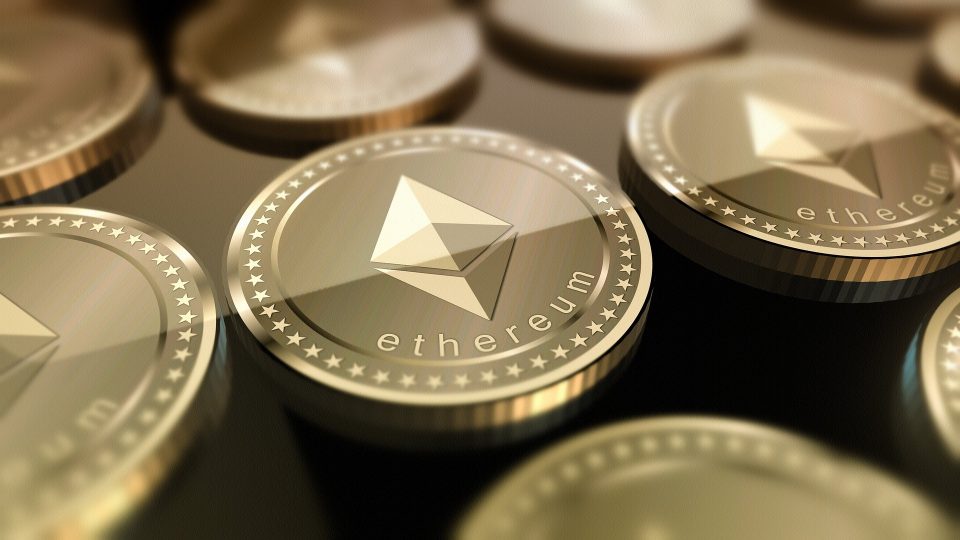 Ethereum has the potential to be bigger than Bitcoin and become the dominant crypto asset, according to a renowned market analyst.

Vitalik Buterin’s brainchild yesterday clipped $2,614 to mark a new all-time high in its near-six-year history, setting down a bright green marker as Bitcoin found reverse gear in what appears to be a period of momentum for alt coins.

While the price of Ethereum’s native coin – ETH – is still some considerable distance off the stern of the flagship BTC, the gap is slowly closing and Ether’s hold is overflowing with the kind of stores Bitcoin simply did not have at the same point on the map.

This, according to eToro analyst Simon Peters, might be the telling signal that Ethereum has more than just the anecdotal potential to overtake the world’s most dominant cryptocurrency.

“Ethereum could certainly challenge Bitcoin for the number one spot among cryptoassets in terms of market cap, but it will be a few years yet before this could potentially happen,” he told Crypto AM.

“We must remember both tokens were created for different reasons. Bitcoin is a decentralised currency and Ethereum is a platform to build decentralised apps that make use of smart contracts.”

Although often seen as worlds apart, the fortunes of both Bitcoin and Ethereum have often run parallel as they reflect similar patterns of ebb and flow along the horizontal graphs that illuminate the puzzled faces of many traders across the globe.

Lately, however, ETH has been planting its boots firmly on its own path. Over the last few weeks – arguably driven by BTC’s price surges – Ethereum has been quietly veering off the course of following the leader’s footsteps and, instead, building towards considerable growth within its own network.

“At this moment in time, Ethereum arguably has more potential for more real-world applications, prompting a wider ecosystem than Bitcoin,” added Mr Peters.

“Currently, plenty of DeFi applications are being built such as Uniswap, MakerDAO and Chainlink to name a few, as well as supporting smart contracts and NFTs.

“Granted, some of Ethereum’s success can be attributed to Bitcoin and the interest in cryptoassets it has created. With far more activity and increasing numbers of users projected for Ethereum, thanks to the number of applications being built on it, I expect it will cause the overall network value to increase, and, in turn, the price of Ether could increase at a quicker pace.”

The key ingredient in Ethereum’s recent cocktail of success, it should be noted, lies in where ETH is now – almost six years down the line – to where Satoshi Nakamoto’s brilliant vision was at the same point.

Sit the roadmaps side-by-side, and it would be hard to prevent your eyes from widening.

“It is also key to remember that Bitcoin had a six-year head start versus Ethereum,” Peters explains.

“If you look at where the market cap of Bitcoin was six years ago it was approximately $5 billion, whereas Ethereum at a similar point in terms of its life cycle (six years since launching) has a market cap of $300billion.”

It’s a startling comparison, and one that makes the current $46,000 difference in price seem like an ice cube on a glacier.

Although the markets across the board have turned a peculiar shade of claret today, yesterday’s echo of an all-time high for Ethereum still resonates, sparking discussions about the prospect of BTC and ETH ‘decoupling’.

“While the two have traded in tandem for much of the last three years, as the cryptoasset market starts to mature, investors will be looking across the broader spectrum of assets and assessing which has the best long-term potential,” adds eToro’s crypto lead.

“Bitcoin has captured the attention of millions of investors, but Ethereum offers an alternative. With Ether’s dollar valuation significantly lower than Bitcoin, it also appeals to investors who want to own whole coins, something which is now far more expensive to achieve with Bitcoin.

“With the widespread usage of Ethereum’s network following its latest upgrade, the cryptoasset continues to offer a lot of opportunities to developers and investors.”

He’s not alone in his views. Prior to the dramatic red dip in the markets, plenty of heads were being turned by Ethereum’s pace and momentum.

Several analysts claimed Ether’s next stop would be around $3,000. Once that mark is flagged, the psychological barrier of $5,000 would seem to be within reasonable reach over the coming months.

However, there were still some words of caution. Susannah Streeter – senior investment and markets analyst with Hargreaves Lansdown – was quick to point at potential storm being whipped up by recent volatile price actions.

‘’The volatility continues in the crypto world this week with a rollercoaster ride for coins and tokens,” she warned.

“Ethereum in particular has made great strides ahead in recent days, but in this speculative environment its future direction is far from certain. The currency’s gains are being fuelled by chatter across internet forums, with influencers jostling for position to push their favoured coins.”

The experienced analyst also called for wise heads not to get swept up by the current fervour and clamour for cryptocurrencies.

“Once again, the risky mix of social media and easy access to trading in cryptocurrencies has led to heightened speculation,” she added.

“Investors should be extremely cautious about getting caught up in this stampede because Ethereum is still very much a bet. Its price is being driven primarily by future price speculation rather than an underlying use-case.

“Predicting the point at which demand subsides and prices begin to fall is very difficult, if not impossible. Traders would be wise to heed the warnings of the Financial Conduct Authority, that if consumers invest in crypto assets, they should be prepared to lose their money.”