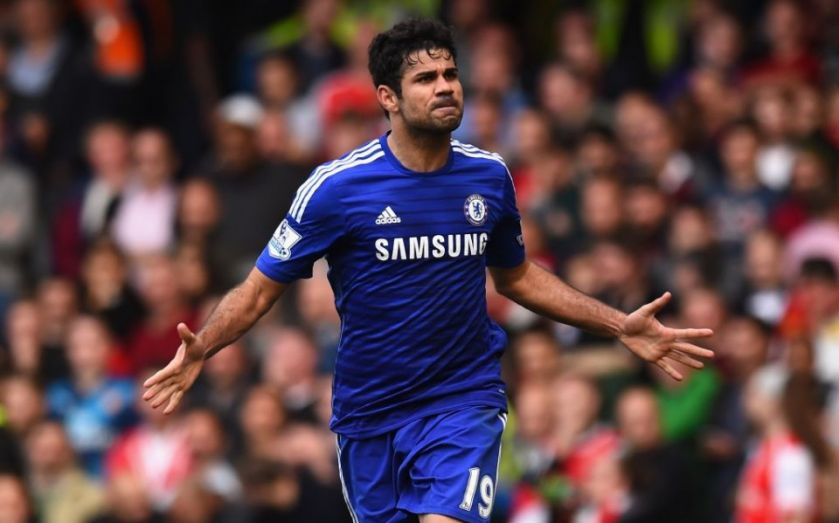 Chelsea striker Diego Costa is in contention to return from a seven-match absence when the Premier League champions visit West Brom tonight for their penultimate fixture of the season.
Read more: Euro failings put squeeze on Champions League places
Costa remains the Blues’ top scorer, with 19 goals in 35 appearances, despite a recurring hamstring problem keeping the Spain international out of the team since a 3-2 win at Hull in March.
Chelsea boss Jose Mourinho has pledged to blood youngsters in the final games and tonight could be the turn of England Under-19 forward Izzy Brown, who left the Hawthorns for west London in 2013. Brown, 18, is yet to make his senior debut for the Stamford Bridge outfit.