Remembrance Sunday 2014: The City will never forget those who fought for our liberties 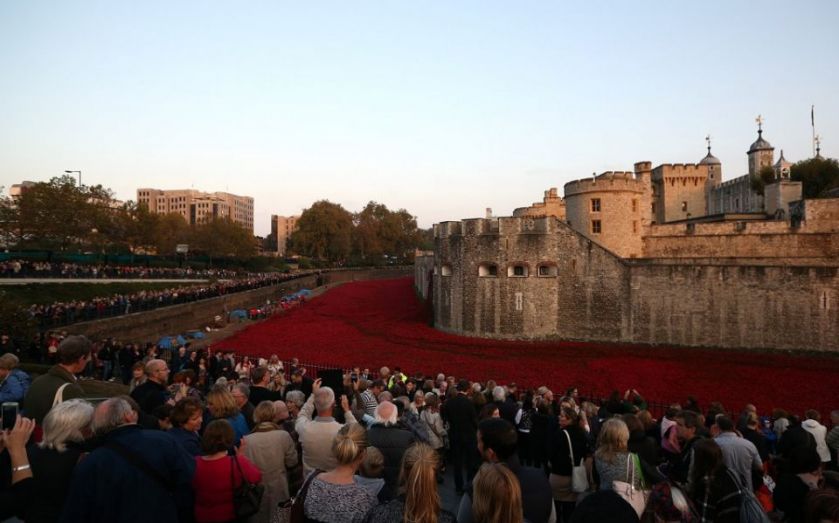 Every year, the pageantry and fun of the Lord Mayor’s Show is followed by a more solemn occasion, one that is of great significance to each new lord mayor: Remembrance Sunday. The City’s link with the military is ancient and rich, with every Lord Mayor’s Show being honoured by the participation of some of the country’s oldest regiments. Their involvement in every part of the Show helps to mark their immense contribution to London throughout history, and makes the following day’s events – when the lord mayor lays a wreath at the memorial to the fallen by the Royal Exchange – even more poignant. This year, Remembrance Day marks 100 years since the start of the First World War. We have never forgotten, and must never forget, the toll that war has taken and continues to take. At this time of year in particular, we should reflect on those who gave their lives for their country and their freedom, protecting liberties that, today, are all too easy to take for granted. I recently visited Paul Cummins’s Blood Swept Lands and Seas of Red art installation at the Tower of London. A sea of ceramic poppies, each representing a British military fatality during the First World War, it has captured the imaginations of so many Londoners, and has enthralled millions of tourists who still flock to see it. Wherever they come from, visitors to the Tower are fascinated by the sheer scale of the installation. They reflect on what it represents: lives lost and families torn apart in the First, and Second, World Wars, as well as so many other conflicts that the world has seen. We are fortunate in the UK. Few of us have encountered conflict. We enjoy the privilege of peace, earned by the hard work and sacrifice of those who died in conflict – both the Armed Forces’ personnel and the many who died here in the City during the Blitz. Today, I will open the Royal British Legion Garden of Remembrance at St Paul’s Cathedral, an annual ceremony which marks the start of a month in which the lives of those lost in war are remembered. I will plant a cross in memory of those who have given their lives in war. It is a humbling experience. As lord mayor, I am president of the City of London Reserve Forces’ and Cadets’ Association, and work to promote the many benefits that reservists can bring to employers. I am a member of the Council of the London Regiment, which was the first regiment of reservists to be deployed to mainland Europe in the First World War. In the early stages of its deployment, the regiment held a hill near Ypres against the German army. A hundred years later, its men and women are still risking their lives in service, having been an unbroken presence on British military operations for the last decade, while maintaining careers in London and scaling up to meet the challenges of the future. I am proud to know them.