The collapse of construction firm Carillion has put the relationship of chairman Philip Green with government under the microscope.

This morning the firm filed for liquidation after talks with Cabinet Office minister David Lidington and a number of other ministers over the weekend failed.

Carillion employs 43,000 people, with nearly 20,000 in the UK. It is not yet clear how the firm's staff will be affected. The firm is a major government supplier, providing services in defence, education, health and transport, and has a number of high-profile contracts, including the high-speed rail HS2.

In the last six months it has issued three profit warnings.

Green was appointed as an adviser to Number 10 on corporate responsibility by David Cameronin 2011 – the same year he joined Carillion.

It is thought he left the role in December 2016.

Neither Number 10 nor the Cabinet Office would comment on the nature of the advice given, or why Green left when he did.

A government spokesman today stressed Green had been appointed by the former Prime Minister, saying the decision was taken by May after she took the reins to get rid of "miscellaneous appointments". He declined to comment on any reasons for his sacking.

Green, who became chairman of Carillion, is also chairman of Williams & Glyn – the bank RBShas failed to sell as part of its bailout conditions – although he is not the same man who heads up fashion business Arcadia (also a former government adviser).

Jon Trickett, Labour's shadow minister for the Cabinet Office, told City A.M: "The cosy relationship between the Tories and Carillion’s Chairman raises very serious questions about why the Government continued to hand over contracts to Carillion even after profits warnings were issued.

“We need full disclosure in relation to Philip Green’s role – what were its terms, what has it involved and how has it influenced decisions relating to Carillion?

“Labour urges the Government to stand ready to intervene and bring these crucial public sector contracts back in-house. The priority should be to protect Carillion's employees, pension holders and British taxpayers." 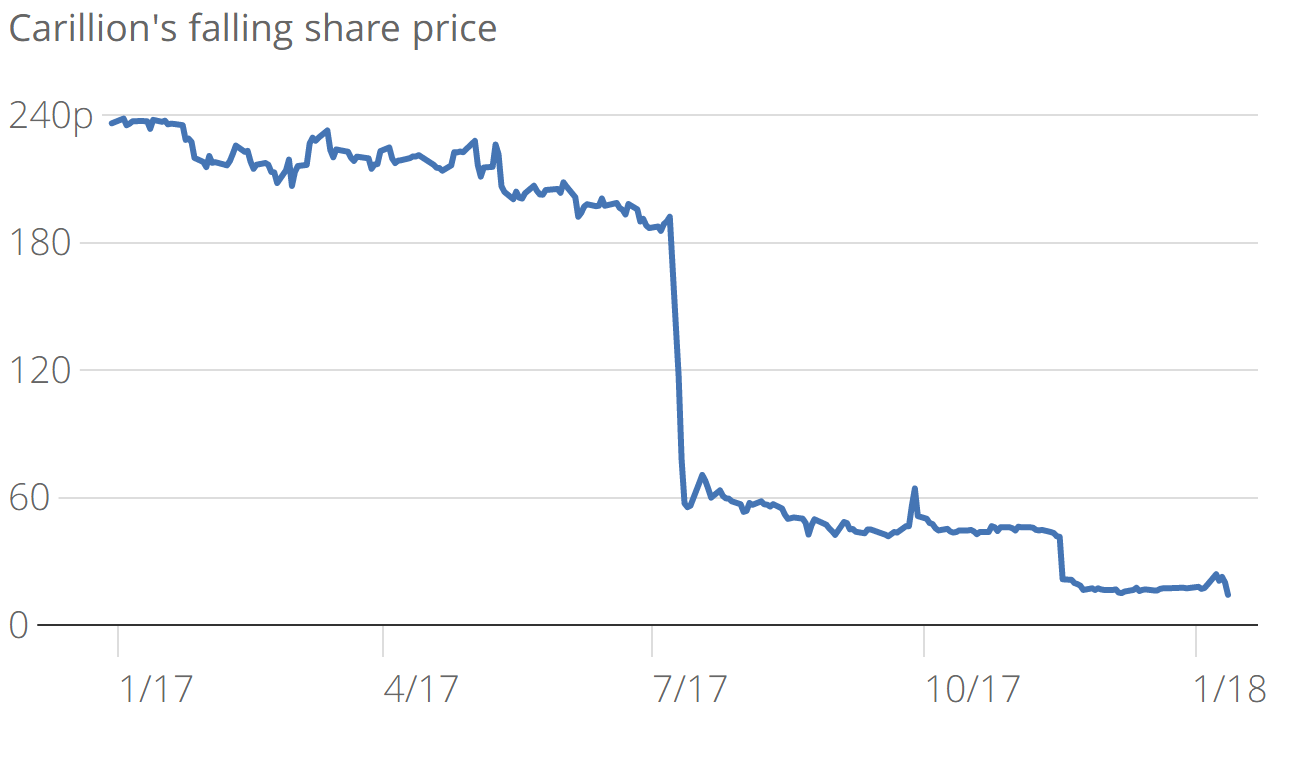 “The Public Accounts Committee has previously warned of the risks when contractors, paid from the public purse, become too big to fail.

“Government now faces a stark choice: bail Carillion out or let public services and projects suffer. Either way, taxpayers will get a raw deal.

“Government has serious questions to answer about its role in allowing taxpayers’ exposure to escalate to this point.”