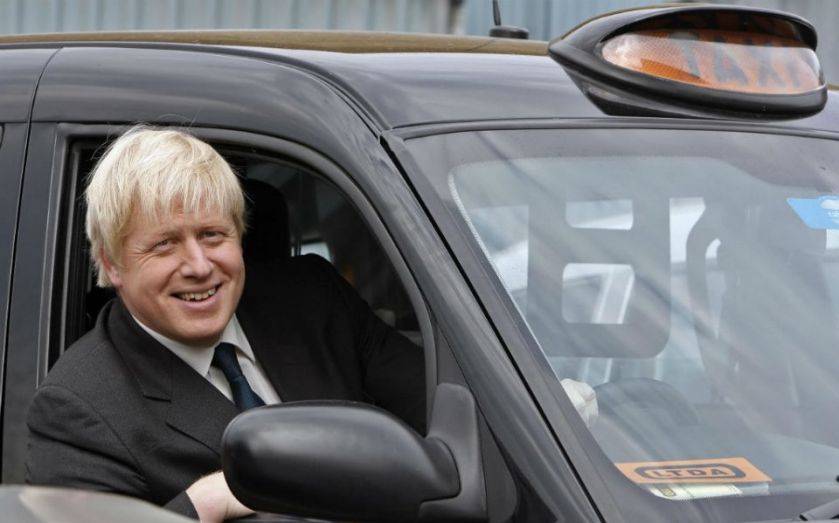 Fresh from his expletive-ridden verbal tussle with a cabbie, the Mayor of London has come out on the side of London's black cab drivers in their rivalry with Uber.

Speaking at the State of London debate last night, he said the current rules were not fair, apparently siding with cabbies who have rallied against Transport for London's lack of regulation on Uber drivers.

Black cab drivers must pass an intensive test of the streets of London, known as the Knowledge, while there are no such requirements for Uber drivers.

“It is not fair that a black taxi driver has to spend four years getting the Knowledge and somebody else can just cruise in and take up the trade without really knowing how London works and how it all fits together," said Johnson.

"TfL are currently consulting on a proper geographical test so you can’t drive a minicab in London unless you know one end of the city from the other. We will do it in the same way we do for black cabs. It won’t be like the Knowledge because I think it is important that the black cabs retain their distinctiveness.”

Johnson admitted Uber was doing "serious economic damage" to cabbies, but he did not have powers to stop them.

“[As] much as I might not like some of the brash attitudes of these gigantic American internet companies and the way they think they can come over and disrupt the market in this country. I disapprove of it, I think they are setting out to do serious economic damage to the black taxi trade but it is not possible for me simply to ban something and to expect that ban to work,” he said.