The bonus is on you: Santander’s recent saga highlights the problems with deferred rewards 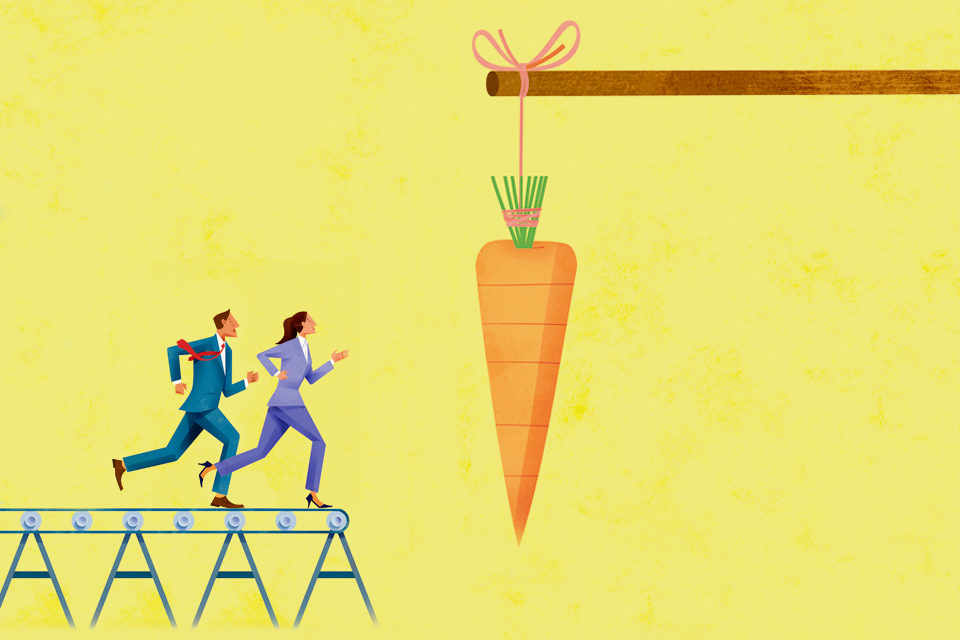 Star investment banker Andrea Orcel was about to take the top job at Santander. And then he wasn’t.

It turns out that the bank hadn’t quite realised how expensive Orcel would be, resulting in an unprecedented U-turn, as the board announced that Santander wouldn’t be hiring him after all.

While Jose Antonio Alvarez will continue to hold the fort as Santander chief executive, Orcel finds himself at a bit of a loose end. Having spent several months on gardening leave from UBS investment bank, he is now not only jobless, but is without the tens of millions of dollars that he was expecting.

Anyone who has ever been employed will probably wonder how this could happen – aren’t paypackets discussed and agreed before you accept a job?

The answer, of course, is yes, and Santander’s statement made it clear that Orcel’s salary had been agreed beforehand.

Where things got murky, however, is with Orcel’s “deferred benefits”. He earned these rewards from deals he made during his tenure at UBS, but payment was withheld and dependent on him staying at the company for a certain length of time. He effectively forfeited his bonus by moving on.

Santander may have offered to cover the loss, but under-estimated the full amount, and it is not obliged to pay him earnings from his previous employer.

According to Santander: “It has now become clear that the cost to Santander of compensating Mr Orcel for the deferred awards he has earned over the past seven years would be a sum significantly above the board’s original expectations at the time of the appointment.”

With excessive pay at investment banks under intense scrutiny since the 2008 financial crisis, it’s not unusual for bonuses to be deferred, with a larger proportion now paid in shares.

As David Israel, head of employment at law firm Royds Withy King, says, “the City has become adept at the use of deferral mechanisms for remunerating its executives”.

It is also not unusual for banks to award incoming dealmakers with benefits that have been left behind from their previous employer. In fact, Luke Hildyard, director of the High Pay Centre, says that these arrangements are actually very common at an executive level.

What is uncommon, however, is for this practice to get so much publicity – because bonus arrangements usually happen behind closed doors.

Unfortunately for both Orcel and Santander, this particular case has received a lot of attention.

While Santander’s executive chairman Ana Botin told the Financial Times that the hire was rushed through, this saga has shone a light on the complex deferred payment system.

“It has caused a major embarrassment for two large financial institutions,” says deputy editor of Fintech Finance, Douglas Mackenzie, who points out that Orcel now finds himself in the middle of a row over which bank should pay.

This saga shows the pitfalls of the deferred pay system from both the employee and employer perspective.

The system allows companies to impose financial penalties on individuals who want to change jobs. For employers, Israel says that there appear to be a number of substantial advantages.

It not only makes sure that a company’s good performance is maintained over a long period of time, but also acts as a disincentive for people to leave for another job, therefore effectively forcing loyalty. You can see how some banking employees would be reluctant to change jobs if it means putting millions of pounds on the line.

“You could say it shows that the system has worked for UBS, because they have prevented an employee going to another company,” says Hildyard.

But it could have unintended negative impacts on companies too, because if staff are less inclined to leave, there’s a smaller pool to find new talent, and banks need to pay more to lure newcomers in.

“In reality, if there is to be movement of individuals, companies should meet the costs, so the effect is circular,” he says. “Consider it akin to football transfer fees – what a company saves in the forfeited bonus when losing an executive is spent in paying bonuses of a replacement who is recruited.”

This particular episode could have wider repercussions. Indeed, Mackenzie reckons that the decision to jilt Orcel could ultimately lead to unintended consequences for deferred payments, as well as for the financial industry.

“If senior bankers feel that their compensation is vulnerable, it could lead to deferred payments becoming less attractive,” he says.

And for bankers who are motivated by large paychecks, the risk of not receiving their bonus later down the line could leave them less inclined to pull out all the stops, meaning that banks’ performance could suffer as a result.

Conversely, if deferred payments remain popular, it could lock financial executives into their current institutions for life, says Mackenzie. “Why risk losing your millions over an acrimonious split with your institution?” And fewer bankers moving jobs means fewer high-quality candidates for institutions.

“Either way, the system of deferred payments has caused an incredibly awkward moment in the financial industry, and this will lead to several institutions reevaluating their compensation and hiring strategy.”

However, Hildyard disagrees the impact will be so dramatic, saying that while recent events might make bankers a bit warier of incentive plans, one high-profile screw-up is unlikely to prompt a change in wider corporate culture.

However, that’s not to say he thinks that the system makes good business sense.

“If executives can't act in the long-term interest of the company without vast incentive payments, that raises quite worrying questions about their character,” he says.

“And if companies are so dependent on these individuals, it raises equally worrying questions about their reliance on a handful of people and the inadequacy of their training, development, and succession planning processes.”

Perhaps the question really centres on why some executives are still being granted million-pound paypackets – regardless of whether the money is deferred.

As Hildyard says: “We don’t think there’s any real justification for the size and complexity of executive incentive payments, which if nothing else must take up so much time and energy that the board could redirect to more important matters.”