BG Group said revenue and other operating income fell 21 per cent to $4bn due to crumbling commodity prices, nonetheless this was slightly offset by gains in its liquefied natural gas shipping and marketing segment.

Earnings before interest, taxes, depreciation, and amortization – which is a gauge of a company's profitability – crashed 41 per cent to $870m. This was driven by losses in its upstream segment, or exploration and production. 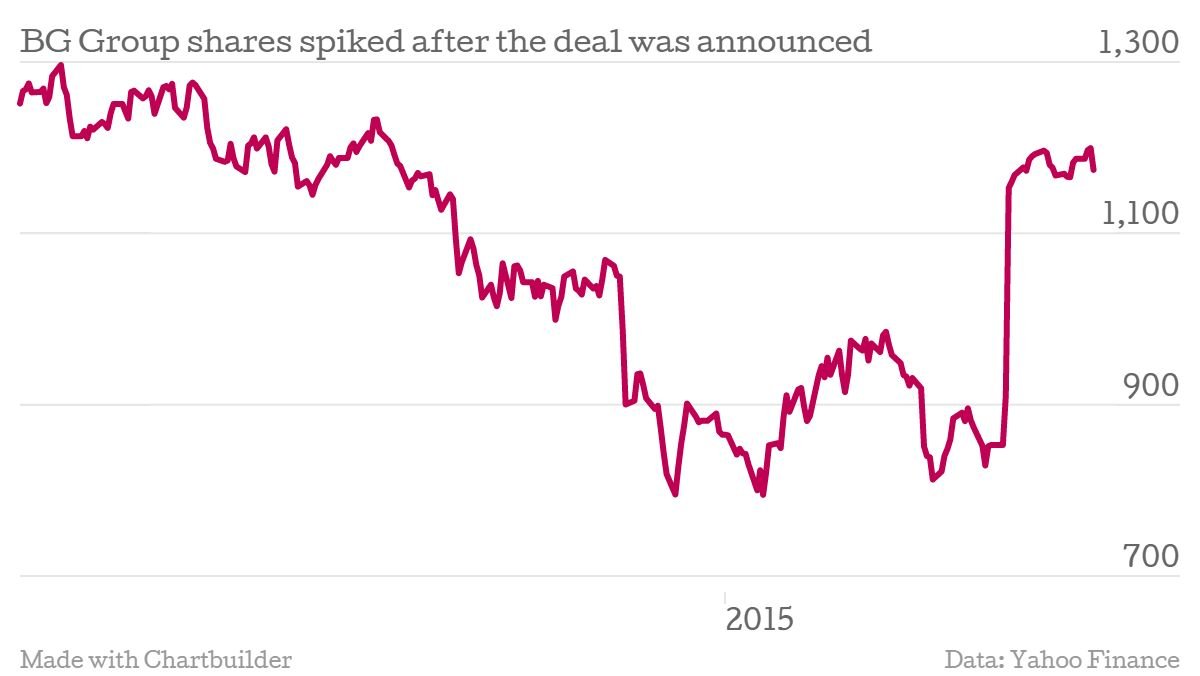 The disappointing results shed some light on why struggling BG Group agreed to be bought out by Royal Dutch Shell in a deal valuing the producer £47bn. This would create the biggest company on Britain's FTSE 100 index.

The deal means BG’s chief executive Helge Lund will leave the business. Lund, who was previously boss of Norwegian firm Statoil, has only been in the top role at BG since early February.

This has intensified outrage around Lund's £25m pay packet – which was recently whittled down to £18m on the prospect of a shareholder revolt – and today's results will no doubt add to this.

BG Group is one of a number of oil firms which have suffered as oil prices slid as low as $45 per barrel in mid-January, down on last year’s peak of $106 in June, eroding profits and forcing them to scale back future spending plans.

We have had a solid operational start to the year. Our growth assets in Brazil and Australia continued to ramp up, with production in each more than doubling year-on-year. We also started up the Knarr FPSO in Norway, however we produced fewer barrels in the UK than expected due to shut-ins. Our LNG business performed strongly. We delivered more cargoes and in our North American gas marketing business we demonstrated our ability to move swiftly to capture the benefits of the rise in US gas prices due to cold weather.

Following the end of the quarter, the company announced an offer from Shell, which the Board has recommended to shareholders. The attractive offer is now subject to regulatory and shareholder approvals and completion is expected in early 2016. Until then, BG Group will operate independently and our teams remain focused on delivering our plans safely and efficiently

BG Group has suffered amid crumbling global oil prices, nonetheless the black stuff has been on the up recently, and investors will now be looking towards its deal with Shell.