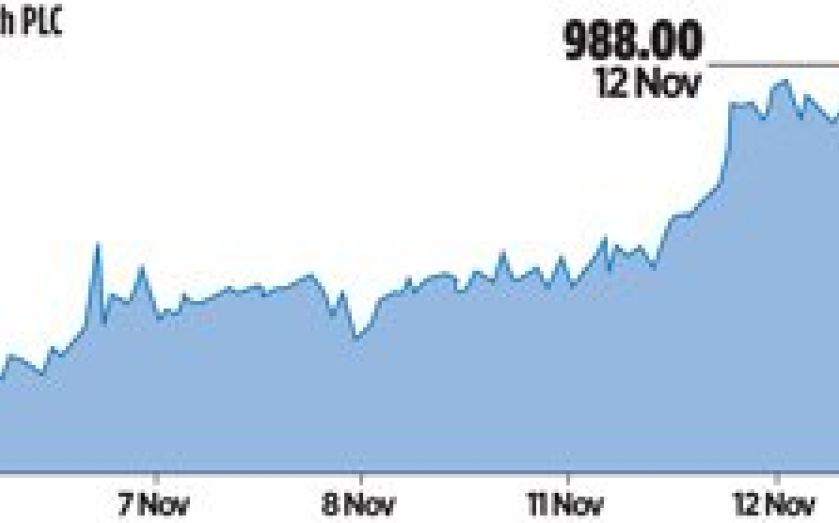 WH SMITH
UBS keeps its neutral rating on the retailer but has hiked its target from 750p to 1,000p, which it says still represents a 15 per cent discount to the rest of the sector to reflect the chain’s uncertain future. The broker raises questions about the firm’s long-term strategy beyond cutting costs.

F&C ASSET MANAGEMENT
Barclays has started covering the asset manager with an underweight rating and 90p target. The broker thinks F&C is in a weaker position than its peers to take advantage of the Retail Distribution Review reforms, and also faces lower earnings per share growth.

RBS
Goldman Sachs has cut the bank from buy to neutral and trimmed its target from 400p to 370p. At the same time, Nomura has repeated its reduce recommendation but raised its target slightly to 285p, citing possible restructuring charges and poor long-term visibility.