Become your own bank: Crypto and self-sovereignty 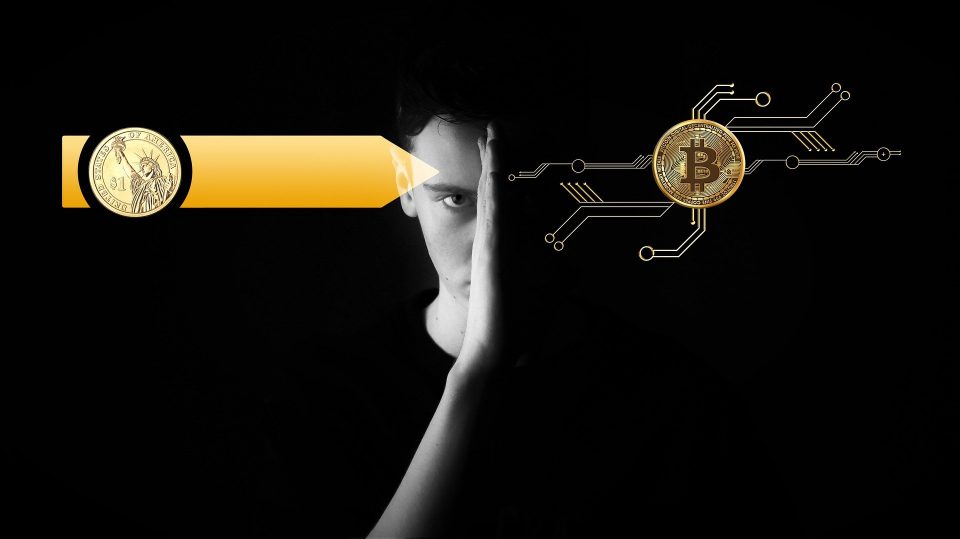 To illustrate the concept of self-sovereignty, just imagine the people who embody its opposite: disempowered individuals. Confined in systems they have no control over, powerless people are left at the mercy of the leaders and impersonal forces which rule their lives.

We’re at the dawn of a new age where at least some of this powerlessness can be alleviated. Today, we are finally seeing the creation of a world where anyone can take control of their finances – and perhaps even their destiny – with new forms of money that are free from the limitations of nation-bound, state-administered legacy currencies. Using cryptocurrencies, the individual can become “self-sovereign” and free themselves from the shackles of legacy financial systems. Can you really afford to sit out this revolution?

The Stanford Encyclopedia of Philosophy describes sovereignty as “supreme authority within a territory” and “a modern notion of political authority.” Kings, emperors and governments in free countries are sovereign, for instance. It’s sometimes said that the people are sovereign in democracies because they are the source of all political power and the state’s authority ultimately comes from its populace.

Self-sovereignty takes this power and hands it back to individuals, leaving them free to choose their own path without needing to be under the influence of powerful central authorities or rulers. The idea that power and therefore freedom rests with each person is not necessarily a new one. As the philosopher John Locke wrote in 1689: “Every man has a property in his own person. This nobody has any right to but himself.”

This was a bold and somewhat utopian idea, because states, powerful institutions and other controlling forces have always sought to limit people’s freedom, whether explicitly or not. Now, with the rise of crypto, we can see the makings of a new self-sovereign economy where power is distributed, not centralised. We can be self-sovereign and therefore free. Advocates of this new financial system don’t need to beat the banks – they can simply become their own bank instead.

Who’s Got Custody Of Your Cash?

When an investor places money in a bank, they surrender control of it. The same happens in many crypto wallets which are referred to as “custodial”. The wallets offered by some of the biggest crypto exchanges are custodial, meaning users must jump through hoops to access their funds or pay extra fees to make payments.

The next generation of wallets is non-custodial. When you use a non-custodial wallet, you are the only person who has access to the funds, which are protected by a private key. Custodial wallets store long lists of these keys, which can be hacked and then used to steal money right out of victims’ digital purses. With non-custodial wallets, there is no centrally maintained private key database to crack into, so users are safer. They are also free to access their money whenever they want, regardless of what has happened to the company which made the wallet. When a large custodial wallet exchange goes down or even changes its policies under government pressure, it may lock users out of their accounts. If it becomes insolvent, investors can even lose control of their coins with little chance of ever getting them back.

With a non-custodial wallet, this cannot happen – as long as the individual makes sure to safely store or remember their private key. Their money is stored on the blockchain, not by an external intermediary. We’ve heard all the rhetoric about banks being too big to fail. Hold your money in a non-custodial wallet and it could be argued you’ll be too small to fail.

The international bank of nowhere

Let’s return to the disempowered individuals mentioned earlier to show what this means. Imagine you’re living in Venezuela and being paid in a currency that’s rapidly devaluing. You’re stuck in a system that’s falling apart and hyper-inflation makes your wages totally useless almost as soon as you receive them. There’s no escape because foreign investors don’t want to exchange your money and there’s literally no getting away from the country’s problems because your entire life is paid for with a currency that’s worthless and getting worse.

History is not short of similar stories. Think of the medieval peasant who’s pleased to have been paid with a big gold coin, before becoming despondent after realising it’s actually worth much less than the value of the work he completed because an evil, greedy king just debased the currency. Or flashback to more recent times and remember bank runs like those which took place in Argentina at the turn of the century. People caught up in these disasters were rendered penniless through no fault of their own. A few rich people may have had an escape hatch, but the poor were locked in the hold of a sinking ship with all the portholes glued shut.

If you’re a crypto investor, you can step outside at least some of the systems which control your fate. When your money is in a non-custodial wallet, it doesn’t matter if your politicians run the country into the ground or the national currency is devalued by hyperinflation (unless your country happens to be the US, China or another superpower, of course, because events in these nations have global ramifications). Cryptocurrencies are international and unbound by borders. They are totally inclusive too, meaning that a rich person living in a gilded tower has access to exactly the same system as someone living in a slum. This is an important point in a world where 1.7 billion people are “unbanked” and do not have an account.

With crypto, anyone can open a wallet and start making international transactions. You don’t need to ask permission to start investing in crypto, although most large companies will perform some sort of identity check if you suddenly start moving large sums of money around.

Use a wallet instead of a bank account and you can send money across the world at much cheaper rates than traditional payments. If it’s stored in a non-custodial wallet, there’s no chance of a bank run. Indeed, there’s a much lower chance of any external force exercising compulsion over the owner of one of these wallets. If they want to withdraw their money, they can simply take it out without asking permission. Need to do business outside your own country? You can do that without needing the say-so of any bureaucrat. Many Bitcoin bulls even see the cryptocurrency as a hedge against inflation, a kind of “digital gold” that’s a store of wealth and value in hard times.

There will always be disempowered individuals, as well as disasters that can take away their money. But crypto is striking a blow against the old order and building a new economy that can be fair, inclusive and self-sovereign. Free your money and your freedom will follow.