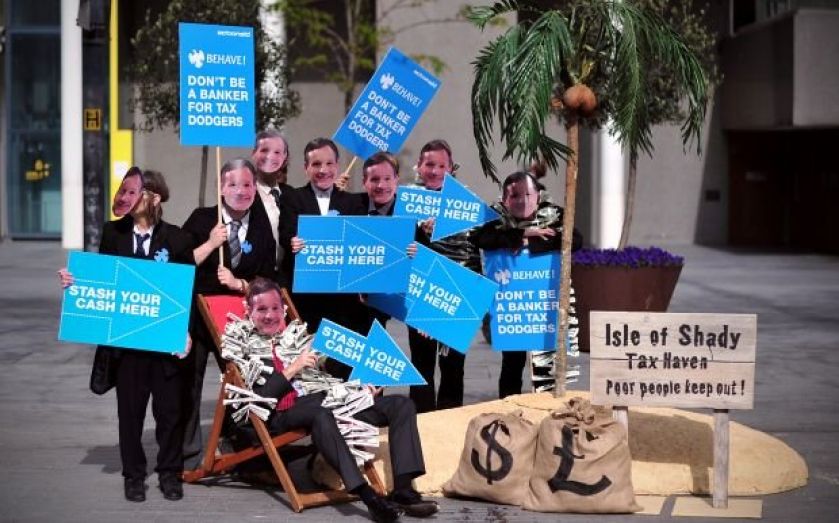 Barclays shares dived yesterday as shareholders panicked that the lender could face another huge legal bill over claims it lied to investors using its dark pool trading facilities.
It is the latest in a series of scandals hitting the bank, and these claims are particularly damaging as the alleged wrongdoing occurred on the watch of chief executive Antony Jenkins.
Since taking over in August 2012, Jenkins has stressed the need to restore the bank’s reputation, focusing on creating a more honest culture and promoting key values such as “integrity” and “respect”.
His intense focus on the task has led to mocking nicknames in the sector, including Saint Antony.
Previous scandals such as attempted Libor manipulation and payment protection insurance mis-selling occurred before he was in the top job.
Last night, Jenkins called the claims “serious charges which allege a grave failure to live up to our values”, and promised “a full internal investigation which will report directly to me”, in an internal memo seen by City A.M.
“I will not tolerate any circumstances in which our clients are lied to or misled and any instances I discover will be dealt with severely,” he told staff.
The claims immediately harmed Barclays, with banks thought to include Deutsche Bank pulling out of the platform.
Barclays’ shares plunged 6.52 per cent yesterday, wiping £2.4bn off the market value of the bank – and indicating the extent of the costs traders fear could hit the bank.
Even before these latest claims were made, Credit Suisse analysts had pencilled in a $163m (£76m) litigation bill from high-frequency trading cases.
“History would tell us that if a bank gets litigated in the US and if it loses, it pays sizeable sums which can be hundreds of millions or billions of dollars,” said analyst Gary Greenwood from Shore Capital.
And MPs called for a renewed effort by Barclays to improve its reputation – even raising the possibility that a new chief executive could be needed.
“It is depressing that yet again Barclays is dragging the reputation of the City and the country through the mire,” said John Mann, a Labour MP on the Treasury Select Committee.
“Has anyone there the integrity and leadership to sort this scandal out?”
The suit covers Barclays’ attempts to expand the dark pool – a private stock exchange – from 2011 to 2014.
Documents published by the New York attorney general claim the bank misled investors about the type of traders operating in the dark pool.
The bank promoted it as a safe platform which was policed to stop high frequency traders and others behaving in a predatory or aggressive way.
But the attorney general argued it did not block a single client even when there was evidence of bad behaviour.
And the filings claim the bank’s staff falsified information given to investors on the level of aggressive trading. It also claims a director was fired for telling clients an accurate figure when a senior boss wanted a false one used.
Barclays has 20 days to respond, and is thought to have been taken by surprise by the law suit – it is understood the bank had previously been working with regulators looking at wider issues across the whole dark pool sector. It has not set aside any funds to pay a legal bill, and has yet to decide where it stands on the legal action.

In preparation for a meeting with the Institutional Investor, two senior directors prepared a PowerPoint presentation that included the results of the trading analysis… One of those directors was called into a meeting with senior leadership… who instructed him not to disclose the findings to the client… because it reflected poorly on Barclays. Despite the pressure from senior leadership, this director declined to withhold the findings from Institutional Investor. The next day, and prior to the scheduled meeting with the Institutional Investor, this director was fired.
ALLEGATION FROM OCTOBER 2013
At the same time that Barclays represented to clients that it is working to keep them safe from predatory high-frequency trading tactics, Barclays supplied high-frequency trading firms with advantages over more traditional investors trading in its dark pool.
BARCLAYS’ ALLEGED TACTICS FROM 2011 TO 2014
Barclays…granted liberal “overrides” to high frequency trading firms and to Barclays’ own internal trading desks in order to make them appear less “toxic” than they really are.
THE BANK ALLEGEDLY DISGUISED BAD BEHAVIOUR
Besides the profit motive inherent in growing its dark pool, growing Barclays’ dark pool to be the largest in the United States was something of a prestige project. According to a former senior director in that division, “[a]t every sales meeting or product meeting, the main goal they were talking about was to grow the size of [Barclays’ dark pool] to become the largest pool. All the product team’s goals, which would also include their compensation[,] were tied to making the pool bigger. [Barclays had] great incentive at all costs to make the pool bigger.”
GROWTH PLANS FROM 2011 ONWARDS
Despite Barclays’ claim that it uses Liquidity Profiling to police its dark pool, and will “refuse a client access” if that trader’s activity becomes toxic, Barclays has never prohibited a single firm from participating in its dark pool, no matter how toxic or predatory its activity was determined to be.
ALLEGED DISHONESTY IN 2014
“I had always liked the idea that we were being transparent, but happy to take liberties if we can all agree”
A SENIOR EXECUTIVE’S EMAIL ABOUT TRANSPARENCY IN OCTOBER 2012

I want Barclays to be recognised not just for our performance, but for the values we embody in everything we do. If we can achieve this then we will become both the rational and emotional bank of choice for people regardless of the transaction they are looking to make.
JENKINS IN BARCLAYS’ 2012 ANNUAL REPORT
There is no choice between doing well financially and behaving well in this business. I believe that we will not be able to generate sustainable returns over the long term unless we act at all times with good values.
JENKINS AT THE MARCH 2013 STRATEGIC REVIEW
“We have an obligation to all of those stakeholders – customers, clients, shareholders, colleagues and broader society.”
JENKINS ON HIS APPOINTMENT IN AUGUST 2012
In the past year, every colleague in Barclays has now gone through the Barclays values training, to better understand our new purpose, values and the behaviours that underpin them.
JENKINS’ TRANSFORM PROGRAMME UPDATE IN FEBRUARY 2014