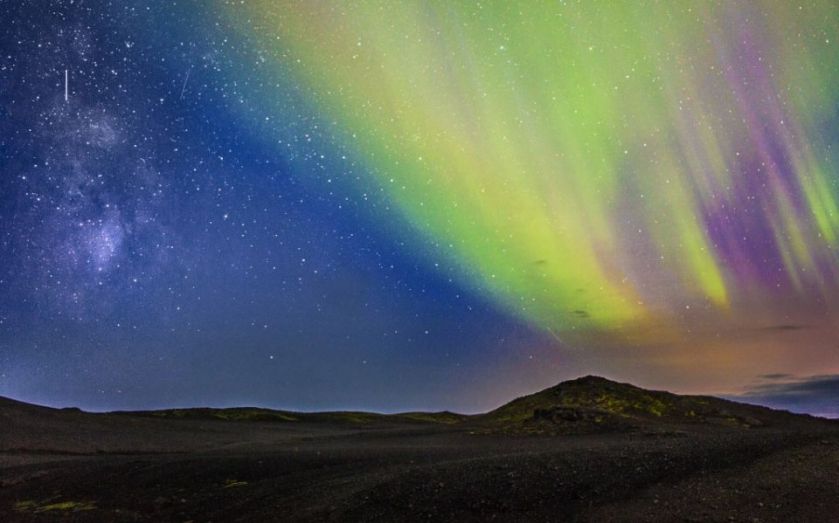 Grumbling Icelandic volcano Bárðarbunga has had the airline industry on tenterhooks since mid-August as it continues to hint at a possible eruption.

Now it looks like it might be getting ready to blow, after "cauldrons" of water began to appear on the ice sheet above it.

The volcano, pronounced "Bowr-tha-boon-ga", is below the 500m-thick Vatnajökull glacier. Yesterday evening, scientists began to notice 1km-wide, 10-15m deep pools of water on it, suggesting an eruption is about to take place – or has even taken place under the glacier.

Over the past two weeks, seismic activity around the volcano has moved in two directions: west, and northeast (as shown in the chart below), suggesting magma has created a "dyke", where magma flows through fractures in the ground, leaving a vein of newly-formed rock in its wake. That suggests if it does erupt, it will be through one of its vents, rather than through its main crater. 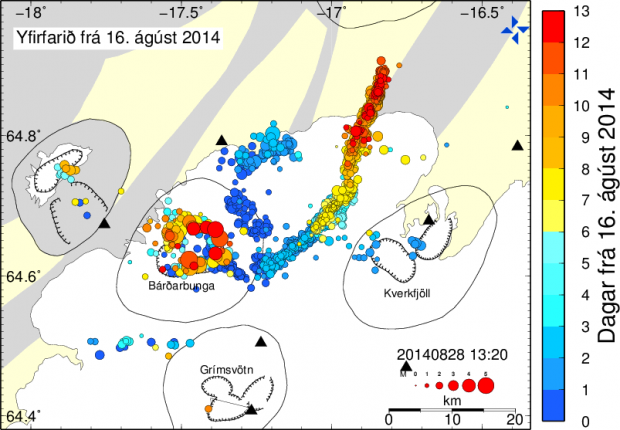 According to the Icelandic met office, its advisory board has come up with three potential scenarios:

1. The migration of magma could stop, accompanied by a gradual reduction in seismic activity.
2. The dyke could reach the surface of the crust, starting an eruption. In this scenario, it is most likely that the eruption would be near the northern tip of the dyke. This would most likely produce an effusive lava eruption with limited explosive, ash-producing activity.
3. An alternate scenario would be the dyke reaching the surface where a significant part, or all, of the fissure is beneath the glacier. This would most likely produce a flood in Jökulsá á Fjöllum and perhaps explosive, ash-producing activity.