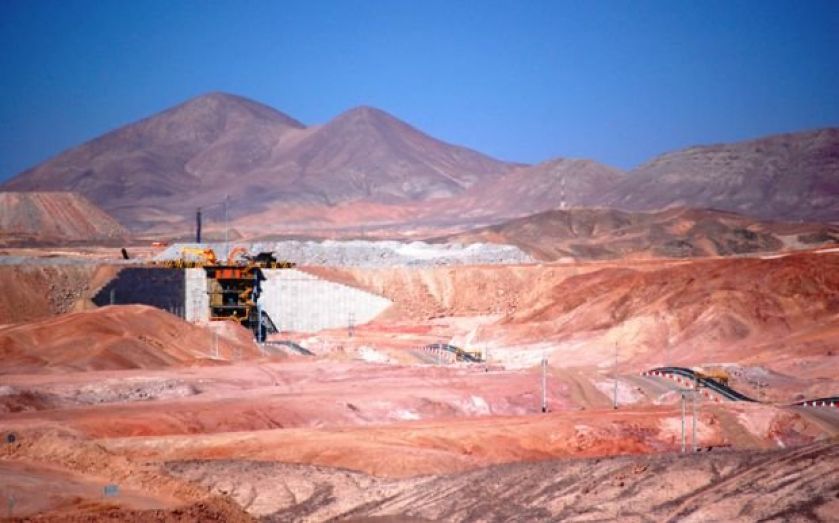 Mining firm Antofagasta maintained yesterday that it is on track to meet its 2014 production target despite production tumbling across the board in the first nine months of year.

Gold production saw the biggest decrease at 64,700 ounces, a decline of 18.3 per cent compared with the same period in 2013. The company attributed this drop to lower throughput at its Centinela mine, in Chile, as a result of planned maintenance.

Copper production, the company’s main focus, fell by 3.9 per cent. Antofagasta said this was “primarily due to low grades”.

Meanwhile, hard metal molybdenum production was down 17.9 per cent.

Net cash costs for the first nine months of 2013 were 8.3 per cent higher than the same period of last year, despite being partially offset by lower energy costs towards the end of the period. This was attributed largely to the decline in the price of gold.

The Chilean-based mining group stated that it remained on track to meet its full-year guidance of 700,000 tonnes of copper, 270,000 ounces of gold and 7,500 tonnes of molybdenum