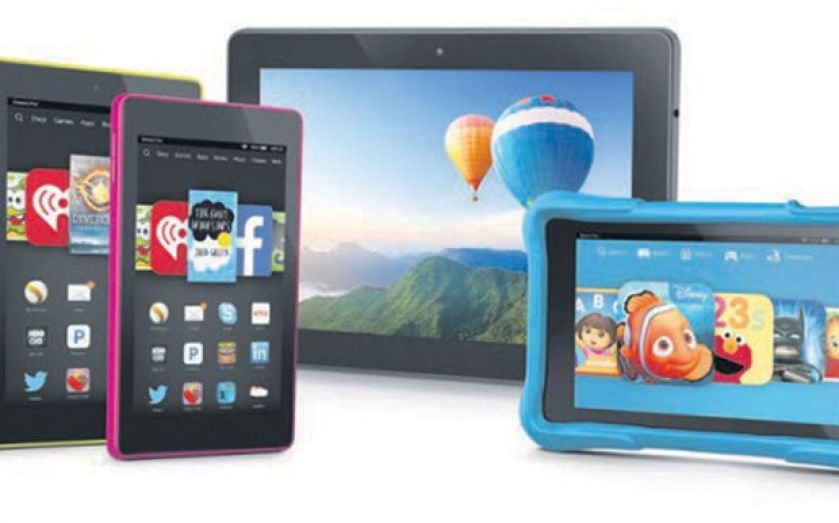 AMAZON ramped up its push into hardware yesterday, with the debut of six new or upgraded mobile devices, including a high-end £169 e-reader called the Kindle Voyage and its cheapest-ever six-inch touch-screen Fire tablet starting at just £79. The online retail giant also revamped its basic Kindle e-reader to include a touch screen at just £59. All the new devices start shipping from next month.