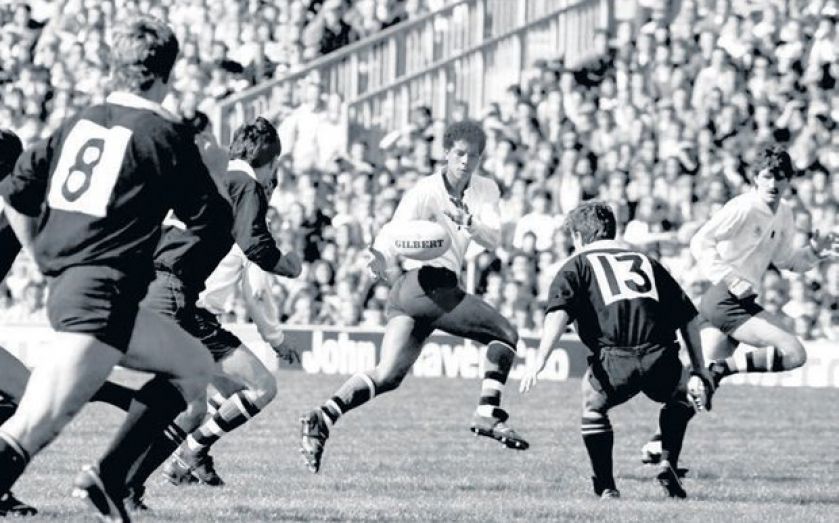 1987: BATH’S Jeremy Guscott makes an early appearance on the big stage as a second-half replacement in the John Player Cup final at Twickenham. Bath trailed 12-4 at the break to Wasps, but scored two late tries to win the cup for the fourth time in a row. Guscott, then 21, was still two years away from his England debut in place of injured skipper Will Carling. His hat-trick of tries in Romania, followed by a starring role in the winning British Lions tour of Australia that summer of 1989, marked the arrival of a new rugby talent. Guscott went on to win 65 caps, many in a centre partnership with Carling.