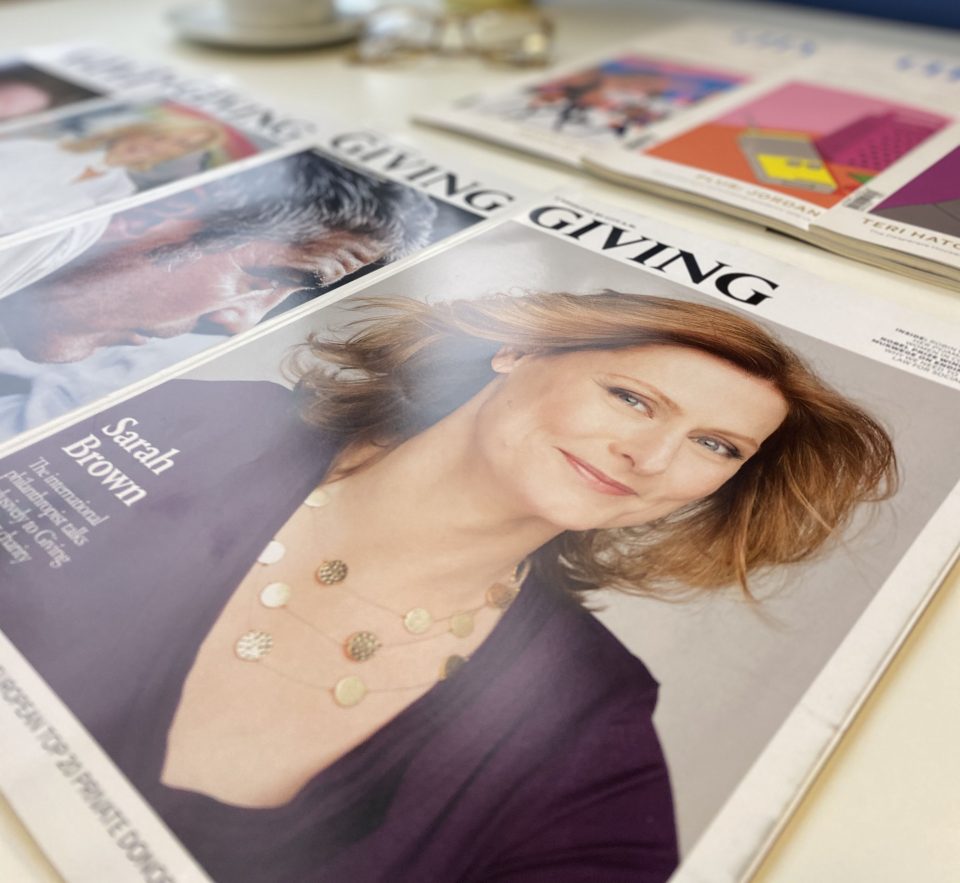 The vast majority of donors included in the list are foundations, but not all. There are no standardised criteria for what is meant by a charitable foundation let alone an institutional private charity donor. Legal and fiscal frameworks for foundations vary between countries, as do the requirements for the reporting of financial statements. Even once we have accessed the necessary accounts, deciding on the most accurate figure for grant-giving is not always a clear-cut process.

Whilst it would be satisfying to declare that this listing is definitive and fully comprehensive, this would be misleading. As researchers we would encourage institutional donors to be transparent and open about sharing their financial data, and to report it in an unambiguous manner. At the same time, as researchers, we need to be transparent about the limitations of our research and also the approach that we are taking. This is not to undermine the value or rigour of this ranking. Great effort has been made to take a clear and robust approach, using a consistent methodology over time to enable comparisons with the rankings that have been compiled for City A.M. each year since 2011.

We focus on institutional donors which derive funds from an endowment or a structural single private source of revenues, be it a family, an individual, a corporation or other organization, and do not directly solicit funds from the public. Therefore, many of those included are foundations – however, not all types of foundations are eligible for inclusion. Those foundations which are primarily dependent on fundraising from the public, such as community foundations and donor advised funds – supported by a broad range of private donors – are excluded from the study. Foundations which are not independent of government are also excluded. For instance, in some Member States in Europe there are government-sponsored foundations, set up and funded by the government. Private (but not state) charity lotteries, are included in this study. Charity lotteries receive income from a structural single source of revenue (proceeds from the sale of lotteries) and could also be compared to a foundation in their independent grant-making activity.

We focus on private charity donors as a business entity. Some may use sub-foundations in order to be able to monitor and evaluate projects on a more local scope. However, a private donor is considered to be a single business entity when they file tax forms as such, maintain financials as a single entity and have a global office or board that represents the sub-foundations and dictates their general principles.

The institutional donors that make the rankings may be united by a shared philanthropic spirit to ‘do good’. However, there is considerable variation in their desire to publicise their giving. On the one hand are Bill Gates and Warren Buffett of the Gates Foundation, with their ‘Giving Pledge’ to encourage billionaires to publicly donate their wealth. On the other, the Brenninkmeijer family’s desire for privacy is so strong that their family foundations employ no staff and instead use a separate organisation to manage and develop their work. The Lilly Endowment also takes a low profile, instead encouraging any attention to be given to its grantees, and their staff and volunteers who actually do the charitable work.

The Giving List is comprised from desk research using publicly available financial information on the donor’s grant-making activities reported in the financial statements of an official annual report or tax report. For all their variation in desire for publicity, all of the donors mentioned above publicly provide sufficient financial information on their grant-making activities to make them eligible for inclusion in the ranking.

There are greater challenges in investigating potential candidates for inclusion in certain regions. Whilst efforts can be made to overcome language barriers by contacting local experts, the lack of mandatory public reporting legislation poses a real issue. A number of large grant-making foundations in parts of Asia and the Middle East can be identified, but because they fail to make their consolidated financial reports publicly available they do not fit the eligibility criteria. Some of these foundations appear to maintain next to no online presence, whilst others maintain fully developed websites but do not report their financial reports. For instance, it was not possible to find the financial reports for the Swedish foundation, the Knut and Alice Wallenberg Foundation. Its stating on its website that ‘in recent years, grants of almost SEK 2bn ($230m) annually have been awarded’ is insufficient on its own for inclusion in this ranking.

This study focuses on grant-making activities alone. To ensure that the figure given is for pure grant-making to third parties only (that is to funded projects and/or grantees), overhead, support and other governance costs are stripped from the figure where these are included in the total grant-making expenditure. Direct charitable expenses are also excluded as well, because these are often somewhat ambiguous costs. Operating foundations, which primarily operate their own programs and projects, are excluded from the rankings. For so-called mixed foundations (engaged in both grant-making and operating activities), we only include the value of grants made to third parties. It is also useful to clarify the difference between donating and other ways of contributing to the mission of the foundation. Relatively new concepts and practices such as mission related investments, loans, guarantees etc are excluded from this study.

As the ranking is about the donor’s activities and performance over a particular year, financials are extracted from the income statement of an annual report and include the grant commitments made in the respective year. In the accounting policies of several annual reports, grant commitments are described in terms of: “grants are charged to income statement when the unconditional promise to give is approved. Conditional promises to give are recognized as grant expense in the period in which the recipient meets the terms of the condition”.

The reported amount contributed by foundations is converted to USD ($) using the average currency conversion rate for the relevant calendar year as calculated by http://www.oanda.com/currency/average

Whilst only the top 20 European and worldwide donors are reported on in the final published ranking, financial information on many more is collected in the process of compiling this report, and saved in a comprehensive Excel document. Information recorded includes the name of the foundation, their accounting year, amount given, original currency, country, year of founding and the web links from which the respective information was retrieved. In addition to updating the records for all organisations included in previous editions of the Giving List, each year new searches are made to add donors that now qualify or were missed in previous indexes.