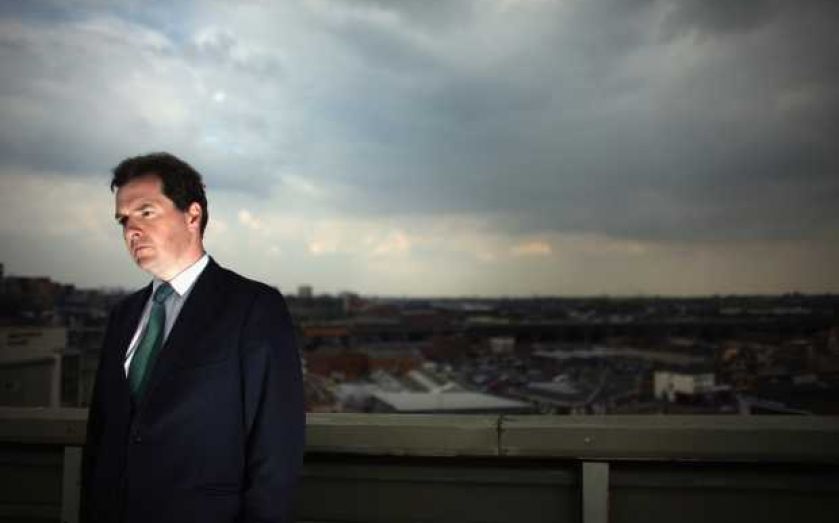 FIVE years ago, nearly every macroeconomist agreed that central banks determined aggregate demand (total spending in the economy), and that fiscal stimulus was therefore unnecessary to lift depressed economies. Conversely, fiscal austerity was seen as irrelevant at best for overall growth; any impact of austerity on demand can be offset by the right monetary policy – though tax cuts could, of course, boost aggregate supply.

But the age-old discussion about the relation of fiscal policy to growth has resurfaced. Keynesian economists – including Òscar Jordà and Alan M Taylor in a paper just released by the National Bureau of Economic Research – claim that government austerity is to blame for lacklustre UK growth since 2010.
There are technical issues with the paper that make Taylor and Jordà’s precise numbers hard to evaluate. And as the economist David B Smith has noted, the important question of fiscal sustainability is not even addressed. But the more fundamental issue in the whole debate is the idea of “monetary offset”.
The Bank of England, not the Treasury, has the final say on the total amount of spending in the economy. The Bank meets its inflation target by controlling aggregate demand (total spending), by manipulating expectations, the size of the monetary base, and interest rates.
Imagine if George Osborne had announced a massive public works programme for 2010-2015, boosting public spending by 10 per cent instead of cutting it by roughly 2 per cent. How would the economy, and the Bank, have reacted? Such a boost to demand would have driven inflation further above target than it actually went. Since the Bank knows it can achieve any inflation rate it wants, we can presume it was aiming at the rates it got in the post-recession period. Thus it is likely it would have done less QE, kept base rates lower for shorter, or have been expected by markets to take a tighter stance in the future.
The extra spending would have added nothing to overall demand; it would just have shifted demand in the economy from the private to the state sector. If the governmental sector is less productive – even if the rest of the sector isn’t, large public works projects often are – we might even expect stimulus to cut growth in the medium to long term.
A year ago Keynesian economists were screaming that the US economy was headed for a double-dip recession if it went over the fiscal cliff. Looking at the US economy today, we know the fiscal cliff (a 3 per cent cut in the structural budget deficit) did not kill the recovery. In fact, it is now steaming ahead at a faster pace because markets knew the Fed, through its so-called Evans Rule, would stabilise demand whatever happened to government spending.
For the past 20 years, Keynesian economists have been calling for more and more fiscal stimulus in Japan. Despite running up a national debt of over ¥1 quadrillion (£6.71 trillion, or about 230 per cent of Japanese GDP) by building countless bridges to nowhere, Japan was never able to escape permanent deflation because the Bank of Japan was committed (practically, if not officially) to zero inflation.
Keynesians such as Paul Krugman said that the problem – after all that fiscal stimulus – was that Japan hadn’t done quite enough. But just months after Japanese Prime Minister Shinzo Abe’s appointment of Haruhiko Kuroda as Bank of Japan governor, and the attendant commitment to achieving a doubled inflation target, Japan has been lifted out of a two-decade morass. Monetary easing, not fiscal stimulus, has ended deflation in Japan.
Neither of these economic strategies is perfect. So far, Abe has not focused enough on much-needed regulatory reform (the third arrow of his three-arrow strategy). For its part, the Fed’s Evans Rule looks at unemployment when it should consider overall demand, which it can more directly control, and has far fewer technical issues.
In the UK, the Carney Rule commits the Bank to keep interest rates low until unemployment falls below 7 per cent. Hence, the markets should reasonably expect the Bank to stabilise demand, with or without fiscal austerity.
Indeed, you can say that Bank governor Mark Carney is responsible for keeping UK aggregate demand on track, while chancellor George Osborne should ensure the long-term solvency of UK public finances and cut the burden of the public sector on productivity and long-term growth. Hence, Osborne must surely reduce public debt, and could do a lot of good for the economy by scaling back the overall size of the public sector with supply-side reforms of the type he has conspicuously failed to deliver.
So don’t blame Osborne’s Plan A for weak aggregate demand growth. That’s the Bank’s responsibility. Blame Osborne for a complete lack of supply-side reform.
Lars Christensen is chief analyst at Danske Bank and fellow of the Adam Smith Institute.