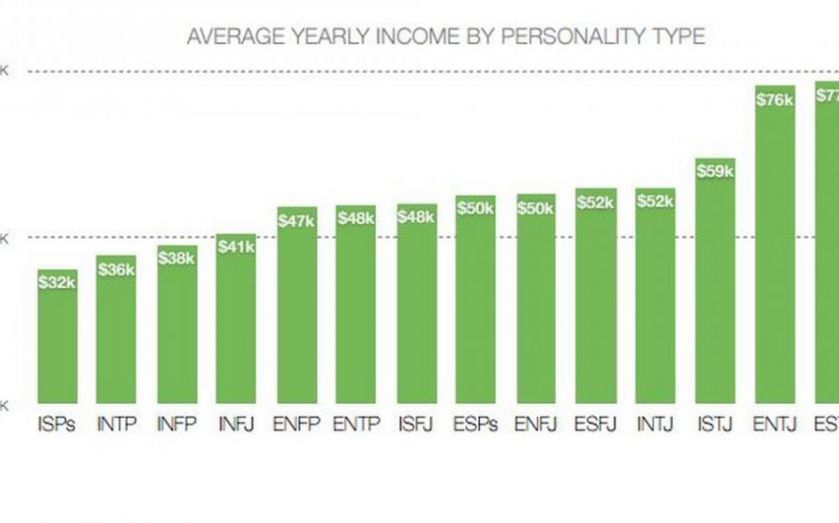 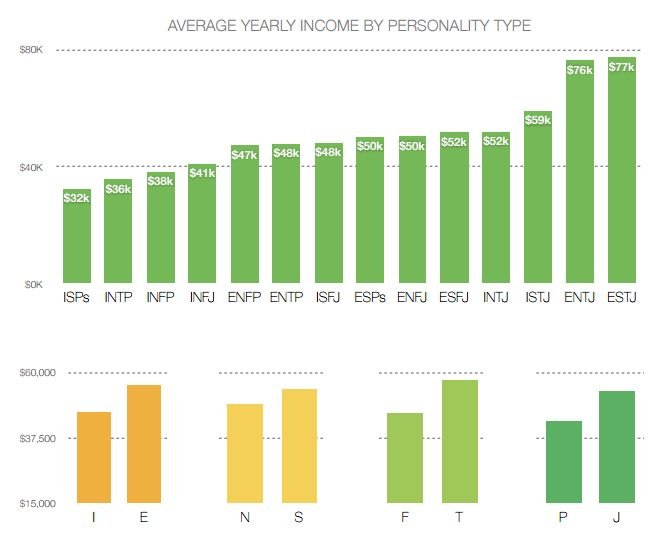 If you're an extrovert, a sensor, thinker or judger then congratulations – as you stand to earn more than most.

The research by Truity Psychometrics looked at the various career outcomes among the 16 personality types and examined what differences, if any, existed between them. To do so it used answers from 1,505 respondents aged over 21 to "what is your yearly income" along with data on their personality type.

The above chart shows that individuals who are thinkers and judgers (TJ) tend to have the biggest pay packets, while those who are introverted perceiving (IP) generally earn the least.

Other lucrative personality traits included extroversion, using your senses rather than intuition to understand the world around you, thinking as well as judging.

The research also looked at the effect gender may have on the results – as it's estimated women earn between 70 to 80 per cent less than their male counterparts and certain personality types are generally male or female.