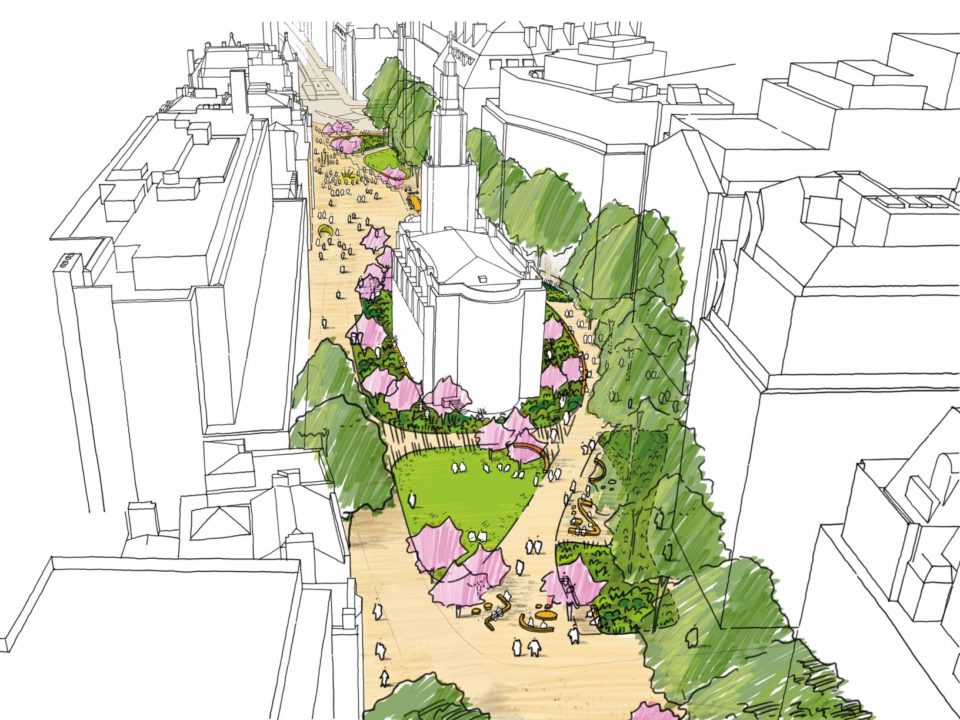 Westminster City Council has pledged £28m to tackle the traffic jams and air pollution plaguing the Strand and transform the area into a “world-class cultural and learning quarter”.

The local authority plans to address the “poor public spaces and safety” and traffic congestion around the Strand Aldwych, seeking feedback from the public as it develops its ideas.

Provisional measures include the removal of the gyratory and two-way traffic in parts of the Strand, constructing a new plaza around St Mary Le Strand Church and optimising travel routes to South Bank, Covent Garden and the West End.

Improvements to walking and cycling paths will be considered as measures to tackle air pollution.

An artist's impression of how a revamped Strand could look (Source: Westminster City Council)

Alongside this, the initiative will create a cultural and learning quarter “by joining up the world-renowned organisations and institutions in the area and supporting them to showcase their amazing offer”.

Councillor Richard Beddoe, cabinet member for planning and place shaping, said: “This historic gateway into the West End is home to some of the capital’s most famous cultural and academic institutions, as well as a major leisure destination in its own right with landmark theatres, hotels and other attractions.

“But the future success of the area is at risk because of traffic, poor air quality and inadequate public spaces.”

Saying the current concept designs follow discussions with local groups, Beddoe added the council is now seeking feedback by 13 March as it refines its ideas.

“Nothing is set in stone at this stage and we look forward to having constructive discussions as to how we can deliver a world-class scheme that benefits Westminster and London for many years to come,” he said.

Full details can be found at www.strandaldwych.org.