The UK's ageing population: Use this interactive map to see the country's average age getting older 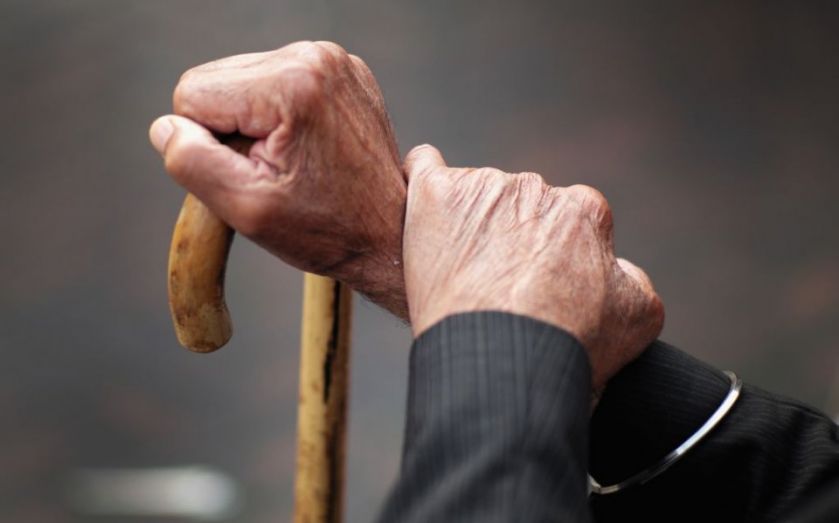 We all know the UK has a problem with its ageing population. There are currently 10m people aged 65 and over across the country, and official projections are for that to grow by 5.5m in the next 20 years.
By 2050, the number of people over 65 is expected to reach 19m – one in four of the total population – while the number of people over the age of 80 is expected to reach eight million.
There is plenty of debate about what this means for the country, with pressures on healthcare and state pensions.
Currently £100bn or 65 per cent of the Department of Work and Pensions' budget goes on retirees.  If we continue to provide the current levels of state benefits, that will rise £10bn every year for every additional million people who aren't working.
Meanwhile the average cost to the NHS of a retired household was £5,200 in 2007/08, compared with £2,800 for non-retired.
It's something that is discussed everywhere from parliament to the pub.
Now the ONS has released a data tool that allows you to see how the population has aged since 1992 and how the demographics of the UK will look by 2037.
You can break it down by gender and see the hot spots around the country where the local average age has grown faster than the national average.
These indicators have been calculated using single year of age population estimates and projections by sex for Local and Unitary Authorities in England and Wales, Council areas in Scotland and Local Government Districts in Northern Ireland and also for the UK as a whole. 1
992 to 2012 figures are based on mid-year population estimates; 2013 to 2037 figures are based on the 2012-based national population projections and the latest sub-national population projections.
Data for Local Government Districts in Northern Ireland have not been mapped in the interactive tool due to licensing restrictions.
Share
Tags: Population explosion