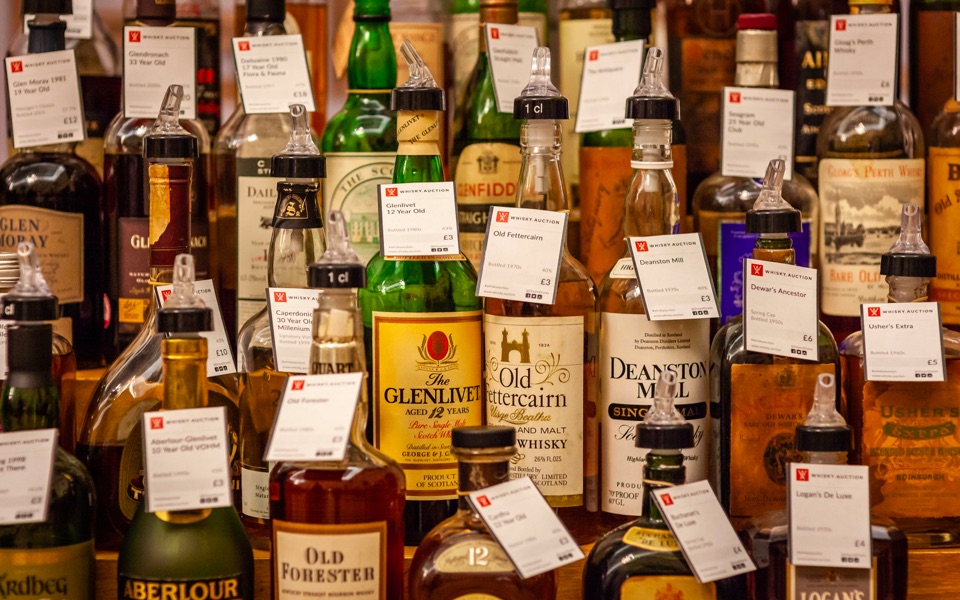 Since 2017 the Whisky Show: Old & Rare has afforded aficionados an annual opportunity to sample some of the most elusive and legendary spirits in the world of whisky. Next week it returns, as a virtual event.

This time round, the Whisky Show: Old & Rare will consist of four masterclasses, which will be streamed free of charge on Facebook Live, across three days from 25 to Friday 27 February. Two classes focus on special characteristics of whisky, one on a renowned bottler, and one on a Speyside distillery. For each masterclass, there are tasting packs, which participants can purchase if they want to drink along at home, and those that do so will be able to interact with the hosts via Zoom.

The Whisky Show: Old & Rare is now an established fixture for those wanting to celebrate extremely rare whiskies, and unearth gems from previous eras. This time is no different, as the show’s founders – whisky experts Angus MacRaild and Jonny McMillan, and co-founder of The Whisky Exchange Sukhinder Singh – are going to be joined online by co-hosts and special guests, that promise to make this an unmissable event for lovers of remarkable single malts.

Over the last year, the inability of the drinks industry to hold in-person events has made online tastings increasingly common occurrences, and they provide a brilliant new way for people with an interest in spirits to learn from passionate experts, with deep knowledge of their subject. Online tastings are also an occasion to socialise with friends or strangers – albeit remotely – an experience which has itself become old and rare.

The Whisky Show: Old & Rare has always been inviting, but its location and perceived exclusivity may have deterred some people from taking part previously. The first three shows took place in Glasgow. Last year’s event, which managed to squeak in before the first lockdown, was relocated to London, and had a record-setting 600 attendees. But the democratising possibility of this year’s online show is significant. Because as a free event held in cyberspace, anyone, anywhere, with an internet connection and an interest in whisky, is able to attend.

The Whisky Exchange’s Whisky Ambassador, Billy Abbott, has done more than most to broaden whisky’s appeal, and his efforts were recognised earlier this month with a prestigious industry award. “It’s great to have won the Icons of Whisky Rest of World Communicator of the Year,” said Abbott. “The shortlist was a who’s who of talking about whisky.

“The past year has seen online tastings really come into their own – a few people had experimented with live interactive experiences before, but lockdown really pushed things forward quickly. They’ve become a key part of not only drinks companies’ events line-up, but also drinks fans’ schedules.

“Each of this year’s Old & Rare tastings are quite special, but for me the stand-out is the Waxy Whisky Masterclass. It’s my favourite style of whisky and it’s rare to have the opportunity to taste older whiskies that show off the flavours, textures and character that make it unique. Throw in [whiskyfun.com creator] Serge Valentin and [Irish whiskey Roe and Co’s head distiller] Lora Hemy – two of my favourite people in the whisky world – and it’s a must. Fortunately, I’m hosting the session.”

For those of you hoping to hunt down some unicorns, samples for three of the sessions have already sold out, but if you act fast you can still bag a tasting pack for the Longmorn Masterclass, from thewhiskyexchange.com.

A feature that you are most likely to have encountered in modern whisky if you have cracked open a bottle of Clynelish, waxiness is a distinctive flavour (and texture) that can be found in a number of older-style single malts. This masterclass investigates the characteristic, by looking at some famous and lesser-known examples.

A cornerstone of the Chivas Brothers’ Blend, Longmorn is a favourite among Scotch whisky blenders. As a ‘top dresser’ it brings an extra dimension of exotic fruit or citrus to blended Scotch, but this masterclass explores the flavours of Longmorn’s single malts, in an attempt to figure out what it is that makes the whiskies they produced in the 1960s and ’70s so incredibly special.

Gordon & MacPhail are one of the world’s oldest and most respected independent bottlers. They are known for finding old and rare whiskies, and this masterclass showcases some of the best of their more recent releases; distilled between 1953 and 1972, and aged for 40 to 60 years.

The smoky flavour of peat is one of the least explored aspects of whisky, but like obsessive chilli-heads seeking mouth-melting, Scoville scale-busting peppers there is a degree of swagger among some peat-enthusiasts, who will just focus on finding a whisky with the most phenol parts per million. This masterclass digs deep to examine some starkly different examples of how the peat flavour manifests in single malts; a journey through history and geography with some stunning, rarely available whiskies.