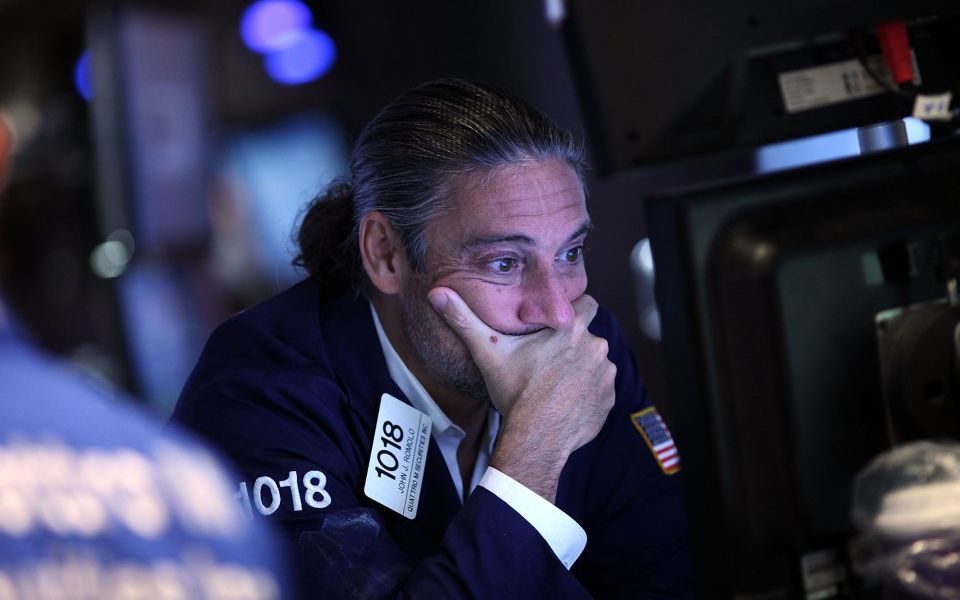 When it comes to trading, it’s all about the survival of those with the fittest strategies.

The rapid pace of buying and selling securities can lead to mistakes which can quickly erase your capital, and if you’re new to the game then it’s crucial that you’re aware of the common errors that many traders make.

Before dipping your toe in the markets, you need to carry out due diligence, says Josef Ajram, trader and Spanish ambassador for social trading platform Ayondo Markets. He points out that those who simply join a platform and expect to compete with professionals are essentially gambling and not trading.

“It takes a huge amount of time and commitment to become a good day trader so I would suggest reading as many books as you can, attending courses and getting advice from people who know what they’re talking about.”

Another way to get yourself off to a good start is to try social trading, which lets you automatically copy the moves of top traders. Ajram says: “this system allows you to get into the mindset of a successful trader, learn about the markets and earn respectable returns, without taking on as much risk as they would if you were going it alone in the stock market.”

Traders often find themselves falling in love with certain stocks, and – even when a beloved stock has plunged in value – they might refuse to accept that it’s time to sell. One way to mitigate against this is by using the stop-loss method, where you automatically sell a stock if it falls below a certain price.

Ajram says this method takes trading decisions out of your hands at the time when you’re incurring losses, and limits them as a result.

When a stock moves against you, it’s easy to panic and feel like you’re losing financial security. Ajram recommends that you begin by trading in smaller quantities, which can minimise your losses and the emotional trauma that comes with losing large sums of money.

“Over time, as you become more proficient as a trader, you can slowly raise the amount of money that you trade with, before settling in an area you’re most comfortable with.”

Getting involved in the financial markets can be exciting and it’s easy to get wrapped up in impulse trading. But try not to go thrill seeking, because trading for the sake of it very rarely gets results. Make sure you limit yourself to a number of trades every day and don’t rush into anything you might regret later.

Ricardo Evangelista, senior executive at trading platform ActivTrades, says: “develop a consistent strategy which is easy to follow and ideally does not have you trading every five minutes.”

According to Evangelista, you should only trade well after the data is released, making sure the dust has settled so you can get a proper perspective. Doing this should also stop you from following the herd and paying too much for a crowded stock.

Make sure you’re aware of the impact of leveraging, which can ultimately exaggerate your losses.

According to Ajram, one way to cope with this is by using variable margins to ensure leverage matches your risk appetite.

Another way to mitigate against risk is to put a stop-loss in place, which can stop you from feeling demoralised. The Ayondo trader recommends setting stop-losses between one and two per cent on intraday trading positions, increasing slightly for trade positions with a longer timeframe.

A rule of thumb is that most beginners in the markets should halve their position size. If you feel that you are trading in too small size, you have probably got it right, says Evangelista.

He points out, however, that at the same time the rookie mistake on stop-losses is to have positions guarded by stops that are too close or so far away as to be meaningless. “You could find what the average true range of the market you trade is, and make the stop at least that number.”

6. Trading in stocks you don’t understand

A major pitfall for many traders is to invest in companies and sectors which they have no prior knowledge of. Doing this means that you’re effectively trading blindly, basing your investment decisions on guesswork.

Rather than trading different assets everyday, Ajram says you should try to become an expert in certain stocks – so make sure you do your homework. “If you know more about a company than just its share price, your decisions will become more informed and you’ll be able to stay ahead of other traders.”

Big losses often occur when traders stick with a losing position – or even add to it – in the hope that the stock with eventually start making gains.

Evangelista says it’s important to remember that if a position never went meaningfully onside early in its life, then it’s not likely to improve. “Cutting any losing position can be a wise decision – liken it to cutting dead wood.”

Ultimately, the trick to trading is setting yourself long term goals, but Ajram says these goals shouldn’t be profit-orientated. “This might seem counterintuitive for a pastime which is largely about making money, but it will encourage you to focus on the quality of your trades, as opposed to the quantity.”