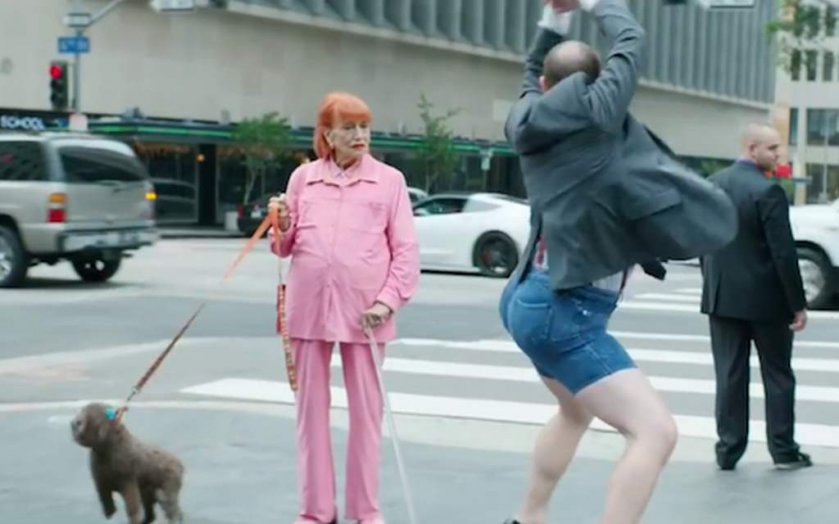 A man strutting down the street in hotpants and heels was more outrageous than revealing that Santa isn't real and telling women to be "bikini body ready".

A Moneysupermarket advert which featured the booty-shaking character named Dave and strapline "you're so money supermarket" was the most complained about ad of last year, it's been revealed.

It received 1,500 complaints from people saying it was "overtly sexual" because of his skimpy get-up and moves, causing offense. However, the complaints were not upheld by the Advertising Standards Authority (ASA), which has shared the most complained about ads of 2015.

A Christmas advert for Paypal gained nearly 500 complaints, most likely from angry parents, because the ad revealed the truth about Santa. These complaints were not upheld either, but Paypal changed the scheduling of the ad in a separate decision.

An advert across London Underground for Protein World which hit headlines for encouraging women to be "beach body ready" received nearly 400 complaints for being offensive to women and for body-shaming. While that was not upheld, the ad was not allowed to appear in that form over its health and weight-loss claims, ASA said.

Three spots in the top 10 went to Booking.com, which replaced a similar sounding swear word with the word booking.

The three ads combined garnered more than 1,200 complaints in total, but they were deemed "a light-hearted play on words" that were unlikely to cause serious offence. "Any children that did pick up on the joke were unlikely to have learned bad language through the ad itself," said ASA.

Also making the list were two hard-hitting public health ads – one featuring a man rolling a cigarette which contained gruesome bits of flesh to encourage people to quit smoking and another for the British Heart Foundation featuring a child talking to his father who had died of a heart attack. Neither ads were censured.

Just one ad was banned over the complaints. Omega Pharma's commercial for weight-loss treatment XLS Medical was found to have presented an irresponsible approach to body image and confidence.