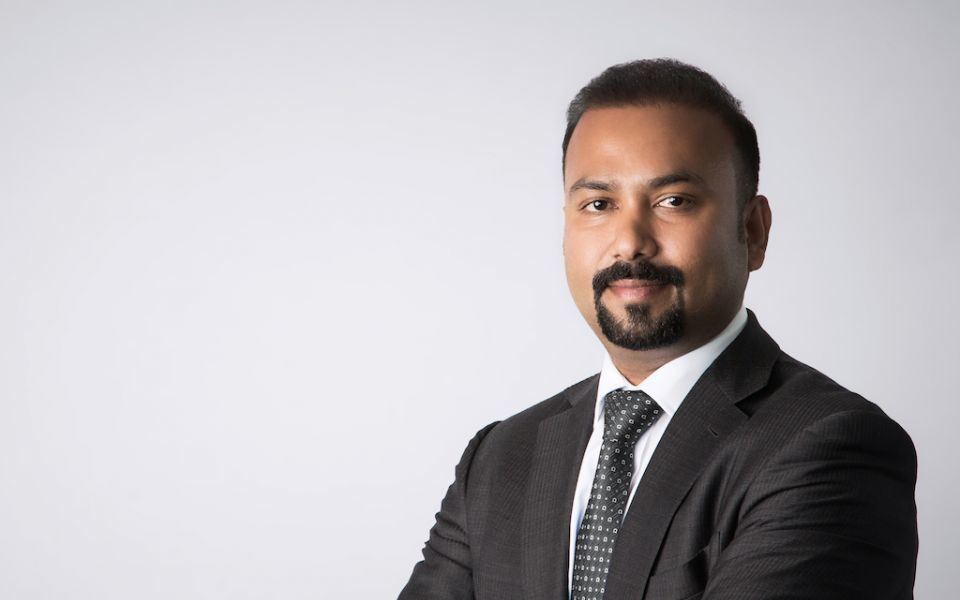 He cooks for everyone and we stand around the breakfast bar and chat. Some of the most important decisions the company has taken have been over meals he’s made.”

This is one of Lycamobile’s leadership team, and he’s talking about his boss, founder and chairman Subaskaran Allirajah. Lycamobile is a mobile virtual network operator, providing Sim packages to people across the globe, enabling them to make calls to anywhere else in the world – you might recognise its store frontage.

The name “Lyca” is based on Allirajah’s sister’s name, Lehka. “I didn’t want to name the company after her exactly in case it didn’t work out,” he explains. Today, Lycamobile is in 21 countries, has 15m customers and turns over €1.6bn. According to The Sunday Times’s Rich List, Allirajah is worth £180m.

The company has 11 subsidiaries and other parts of the business, too: there’s (to name but a few) Lycaremit, a money transfer service, LycaFly, which offers cheap flights, LycaTV, Lycalotto and Lyca Productions, which is working on the film 2.0, billed as being the most expensive Indian production ever, having released a Bollywood hit already.

“Films as well?” I ask as we course through Allirajah’s achievements. “You can make a good margin on films in India, provided you run it as a business. But more than anything, film is my passion; I just really, really love it. When I was little I loved to watch movies – I’d watch one or two every day. Of course, I never thought I’d release a movie,” he qualifies.

But sitting talking to Allirajah in Bella Cosa, his Italian restaurant in Canary Wharf (it’s opposite his office and came up for sale. He owns the Indian down the road, too), it quickly becomes clear that life hasn’t always been like this. The multi-millionaire grew up in Sri Lanka during the country’s civil war. His dad died when he was young and, as a teenager, he followed his brother to Paris to escape the conflict.

Once there, the family set up a restaurant, then a grocers. The grocers sold calling cards to people who wanted to phone abroad. “Suddenly, the distributor stopped supplying, and customers were running round trying to find cards. Other incumbents were too expensive… my brother and I thought, ‘why don’t we just start selling them ourselves?’”

Business went well and, in 1999, Allirajah moved with his wife, then a medical student in Sri Lanka, to London. Three years later, he set up his own firm, Lycatel, a calling card firm. By 2006, he’d moved into mobile. Calling cards “were great for calling internationally at a cheaper rate, but a pain to use for the customer. In the early 2000s, not everybody had a mobile phone. But between 2000 and 2006, usage increased.”

Allirajah decided to bring across the benefits of the calling card to a mobile platform – so customers would have the benefit of making international calls cheaply on their mobiles. “To do that, we had to become a mobile virtual network operator (MVNO) – a user friendly innovation. Regulations in Europe had recently changed to allow this to happen, and the Netherlands was one of the first countries to adopt the change. So we launched Lycamobile there with T-Mobile.”

Move with the times

Now, Lyca’s reach spans Australia to Poland, Tunisia to the US. Allirajah says changing migration patterns and increasing movement means Lyca’s target audience has altered. “With calling cards, it was individuals looking to call outside Europe. Then, it was intra-Europe. Now, it is the international customer – anyone travelling internationally. People used to be happy with having two phones and having to switch between them; now they want just the one.”

Moreover, voice calls still play a huge part in Lycamobile’s offering, he adds, despite the enormous rise of data. That said, Lyca’s spin-offs focus closely on the rise in the use of data in its key markets: across Africa, for example, LycaTV offers specific content aimed at local audiences. You can see the logic: if you’re offering data, why not offer content for consumers using that data? “We have LycaTV, LycaRadio – it’s great for customers to have all of that in one place. The challenge for all operators is to strike a balance between what people are doing, what they are using, and be one step ahead: what will they want next?”

But what has driven him to do all this? Attempting to extract a grand statement from him, we come to: “I simply took advantage of opportunities that were before me, because that was all I had at the time. Having some success has meant being able to give back to communities who need it. That is fulfilling.” It’s his team who pipe up: “Subas is the most humble, generous person. He just will not admit it”; “he spends so much time giving others things, making the lives of others better.”

In 2010, Allirajah founded the Gnanam Foundation with his mum (Gnanam is her name). Financed entirely by his company, the foundation will shortly open Lyca Village in Northern Sri Lanka. The village has been built for a community that has been in a refugee camp for the past 25 years. “That is an achievement for me. I would like to do more projects like this, in places where it’s needed most.”

Allirajah’s wife is the chair of the Gnanam Foundation, and of LycaHealth. “She never got to finish her studies and become a doctor [she followed Allirajah to the UK and then studied biomedical sciences], so I said to her ‘I’ll make sure you will have many doctors reporting to you.’” LycaHealth owns and runs diagnostics centres in Canary Wharf and Orpington. It will shortly be opening a new, 11-story facility, in Chennai in India. “The long-term plan is to have 10 worldwide. She’s the one behind it and now has over 200 doctors reporting to her.”

In addition to opening a village, a medical centre and releasing a film this year, Allirajah intends to press on with his plan to have 50m people using Lycamobile by 2020, focusing on Africa and South America for growth. The company has also just bought Ortel, a direct competitor in Belgium. “It’s a good year, actually. And there is increasing interest worldwide for launching MVNOs – from football clubs to social media startups.

“I never planned anything. It just happened. I didn’t think ‘I’m going to go into telecoms and be successful’. I never had any specific plan for the future.”

“Yet his ambition never stops,” says a colleague. “He has moving targets and is very good at setting impossible tasks! But he’ll always drive everybody to achieve it.” Allirajah’s family will soon fly out to Sir Lanka to open Lyca Village. “They will all be there. Family is everything for me, and I look at our employees as one big family. We take the highs and the lows together; we move forward together.”