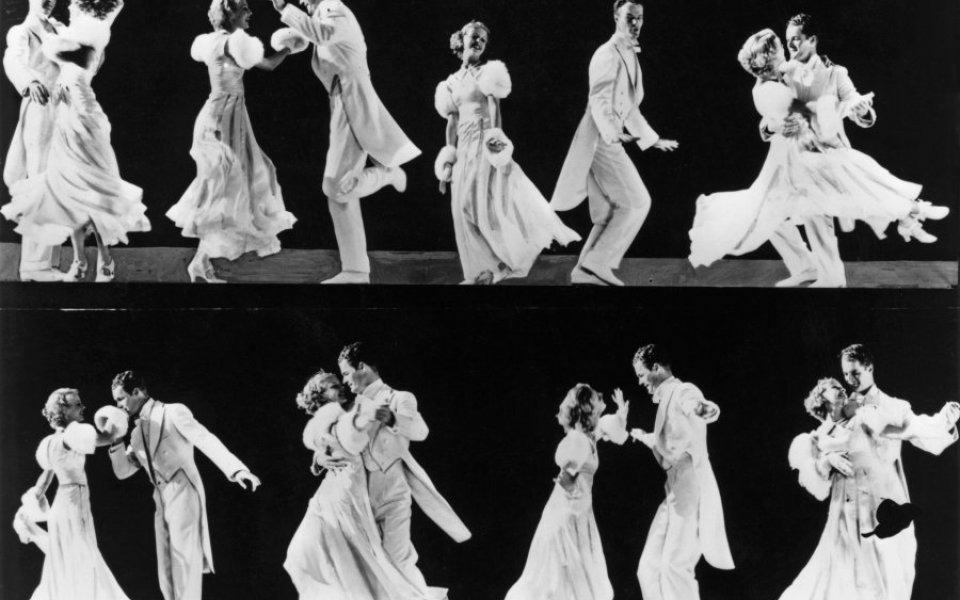 In less than two months, the Innovative Finance Isa will be launched, enabling savers to hold peer-to-peer (P2P) loans within the tax efficient wrapper. Hailed as the moment the P2P industry will chassé into the mainstream, research suggests it’ll also be popular with savers. According to research by P2P lending platform ThinCats, one in four investors over the age of 55 will consider using the new Isa. That compares to the 4.5 per cent of the same age group that are using P2P lending platforms today. Yorkshire Building Society found that over 400,000 savers will likely invest through it.

In simple terms, P2P lending allows retail investors to lend money to SMEs and individuals, including individuals borrowing to buy property, via a platform which syndicates the money and returns interest to the lender. On some platforms you pick the businesses you want to lend to direct, while others offer an autobid tool to spread your money.

From 6 April, you can deposit up to £15,240 a year, or transfer money from existing Isas, onto a P2P platform, lend on the money, and then receive interest free of tax. Innovative Finance Isas will be available direct from platforms, such as Zopa, Funding Circle, RateSetter and ThinCats, or via a fund shop, like Hargreaves Lansdown. In addition to P2P loans to businesses and individuals, some investments made on debt-based crowdfunding platforms will be eligible for inclusion. As it currently stands, equity crowdfunding will not be included – although the government is considering whether it should be.

According to calculations by RateSetter, the new Isa will enable a higher rate taxpayer to save as much as £376 per year, if they invested the full Isa allowance in its five-year product at 6.18 per cent (the average rate in the last 12 months).

One of the issues for existing P2P investors is having to complete a tax return for interest earned on loans. While investors with non-Isa accounts will still need to submit a form to HMRC and will be taxed on their net return, those with an Innovative Finance Isa will be able to lend up to their subscription limit tax free.

James Meekings, co-founder of Funding Circle, explains that the Innovative Finance Isa will work in exactly the same way as non-Isa P2P lending for investors, with the added benefit of it being tax free. They “will be able to lend directly to businesses across the UK, helping the real economy to grow.” Funding Circle investors are currently earning an average annual return of 7 per cent after fees and losses. That compares to the average return of 7.4 per cent from a stocks and shares Isa in 2014-15, according to research in April last year by Moneyfacts.co.uk. Meanwhile, RateSetter has already released details of its Isa, which will provide four options, ranging from a one-month term with a return of 2.8 per cent to a five-year term giving 5.7 per cent. Those investing with RateSetter have the opportunity to accept the interest rate set by the RateSetter market, or set their own rate, meaning these percentages could alter.

For any would-be investor, the primary consideration must be over the level of risk and potential returns an Innovative Finance Isa might offer. According to the ThinCats research, 47 per cent of those aged 55 and over were worried about losing money, and 32 per cent questioned whether the industry is “still too young and unproven”. Danny Cox of Hargreaves Lansdown, which is rolling out its own P2P platform in the second half of this year, says that investors should stick to the larger players, who offer additional security to lenders, such as a protection fund.

He also points out that, as is the maxim with any kind of investing, the greater the potential rewards and interest rates offered, the greater the level of risk. The Financial Services Compensation Scheme (FSCS) will not cover funds invested in Innovative Finance Isas, so investors could lose income or capital or both. And it might not be possible to cash in mid-term – investors should not tie up money they may need elsewhere, says Cox. While some P2P platforms are offering varied access, the majority of Innovative Finance Isas are likely to be fixed term. But most platforms are offering several products that vary when it comes to length of term. These distinctions and caveats are made reasonably clear by most product comparison sites, which are already listing Isa products, along with other P2P accounts, with the option to open an account ahead of April.

Mike Fosberry, director of financial services at advisory firm Smith & Williamson, stresses that investors will want to understand the level of risk they’re taking on for higher returns before dipping their toes in. “This can be seen as the third leg of Isas, but people will need to feel comfortable with where the Innovative Finance Isa sits. With interest rates at 0.5 per cent, people go for cash Isas because they don’t want to expose themselves to returns [from banks] below the rate of inflation, and they look to stocks and shares for exposure to equity.” The challenge, therefore, is creating a new market that, once it has developed a track record, should sit somewhere in between. “I’d imagine investors will hold off putting their money in and see how the market plays out. As with any new product, it’s an evolutionary process. If they are well-managed and risks are managed, people will start wanting to invest.”

And investors shouldn’t be needlessly frightened by a P2P lending product. The nature of the industry means that investors may be lending to individuals or SMEs who could have struggled to secure loans elsewhere – but in a climate where bank lending has tightened not because of creditworthiness, but predominantly because of processing costs. The key, says Meekings, is to diversify: “lend small amounts (as little as £20) to lots of different businesses”. And research from investment bank Liberum shows how resilient consumer debt can be as an asset class. From 1999 to 2015, there were no years with negative returns on UK credit card receivables.

Fosberry says he can see the appeal for the over-55s too. “There’s a perception that people in their mid to late-50s are going to want less investment risk. I actually think that’s wrong. A 60 year-old is looking at a life expectancy of 25 years. Why would you want to start reducing risk then, or sticking to short-term options? Guaranteeing yourself a worse-than-inflation return by sticking your money in deposit is no good if you’re working towards retirement.” The problem, he says, is that people’s relationship with risk is “in need of an overhaul” – perhaps the Innovative Finance Isa will help to achieve that.

If investors do pile in thick and fast, platforms could struggle with the volume. Cox points out that £78.8bn was subscribed to just under 13m Isa accounts in 2014-15, with total Isa funds now at around £483bn. Compare that to the current P2P market – which stands at just over £2bn – and it’s “easy to see that platforms could be flooded with new investment without sufficient people they are prepared to lend to.” He adds: “finding the lenders, those with money to invest, is rarely a problem as interest rates head into their eighth year at 0.5 per cent. The problem is finding the right borrowers, and the credit scoring, approach to risk and diversification, and protection for the investor is critical.”

And where there are enough borrowers, caution needs to be exercised around over-exposure to markets that could quickly come under pressure, says ThinCats chairman Kevin Caley: “we need to be careful, for example, that people don’t get swept off in the property boom with their portfolios becoming biased towards it. There are currently a lot of borrowers there, but we have to be prepared for the market to change.” Caley is also worried about the quality of borrowers slipping, particularly on the personal lending side. “In order to compete, platforms need to find people who wouldn’t usually be able to borrow from them. Most platforms already struggle to find enough deals.” Moreover, he points out that, when banks run low on money, they simply go out and borrow in the funding markets. P2P platforms are managing balancing acts – constantly having to manage supply and demand.

But others say this needn’t be an issue. RateSetter argues that the market mechanism can keep the cogs turning: if more investors start to lend, the supply of money increases and, all other things being equal, the rate that borrowers pay should consequently fall. This means that rates become more attractive for borrowers, whose demand pushes the rates back up. And Meekings adds that, having managed supply and demand for several years now, Funding Circle is not daunted by the prospect of doing it more intensively. If they aren’t already, platforms will likely consider widening their reach in order to build more robust systems, rather than weakening credit checks – moving into business lending if they just look at personal, and considering larger loans and institutional money.

Finally, if you wake up on 6 April and wonder where all the Innovative Finance Isas are, be assured that they’re on their way. All players, even from established financial providers, will need to be authorised by the Financial Conduct Authority (FCA) before they can start taking money. And, as Caley points out, there may be a discrepancy in the time it takes for the regulator to process authorisations, which will give some players an advantage. “The government has said it’s happening, the Treasury is keen, but they don’t want any platform that isn’t fully regulated to offer products. The FCA is going to have a six month, maybe a year backlog,” says Caley. So even if you’re looking on the bright side, the market won’t get going until the summer, he adds. Several comparison sites are already offering sign-up functions for certain platforms’ products, but these should only take you through to a mailing list. If a platform is not authorised, the product cannot be launched and you should not be able to open an account.

People in the right places

The industry will also need to work on its relations with independent financial advisers. It’s highly likely that, if you’ve used the services of an adviser, they will have been reticent around recommending what has been a “non-standard” investment product. “Naturally advisers will be cautious about recommending clients invest in a new market such as P2P, having been burnt by new innovations before,” Cox says. And many will still be put off by the fact that they usually look to third party analyst firms to conduct or provide due diligence – and this is not yet available in the P2P lending sector, despite it growing nicely without it.

But a regulatory decision two weeks ago might build advisers’ confidence. The FCA proposed to provide investors who receive advice on marketplace lending agreements with access to the Financial Ombudsman Service and FSCS. The guidance is designed to cover bad advice and mis-selling, and won’t directly affect platforms, but it will be a help, says Ceri Williams of RateSetter. “Independent financial advisers have for some time been unsure whether they were able to advertise on P2P lending products or not – and this guidance confirms that they can, and that no additional permissions are required for them to do so,” he says. RateSetter already has a portal for advisers, which enables them to manage their clients’ P2P investments. “From an adviser perspective, it’s vital that you know you’re in a position to explain exactly what the risks are for an investor,” says Fosberry.