Here's what you need to know about today's gold price surge 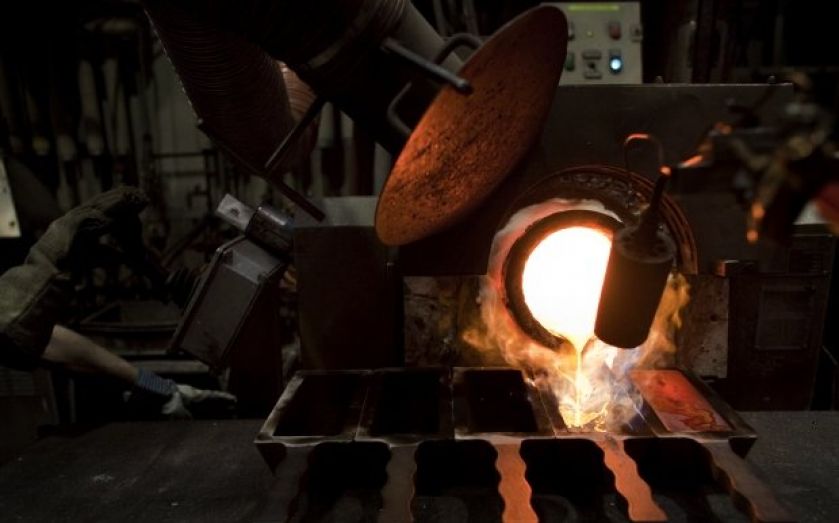 Seen as a hedge against inflation, other metals have also spiked as tensions over Ukraine heat up.

Palladium today sees an August 2011 high, as traders worry that US sanctions on Russia and labour strike in South Africa could limit supply.

Over the weekend the conflict between Ukraine and Russia saw tensions boil over, with Reuters now reporting that at least 100 pro-Russian separatists have attacked a police headquarters in the east Ukraine city of Horlivka, according to a witness.

The commodities team at Goldman Sachs notes that more idiosyncratic drivers are also important in understanding the rush for gold. Cold weather, and Chinese credit concerns have also been key factors in explaining commodities appetite.

"The primary drivers of the recent gold rally were poor, but likely weather-driven, US macroeconomic data as well as events in Ukraine," says Goldman analyst Jeffrey Currie. The investment bank stands by its year-end gold price target of $1,050/oz.

Charles Gibson, an analyst at Edison Investment Research, takes a much more bullish stance. While he sees uncertainty affecting short term gold prices, Edison believes that the asset "is in any case undervalued on a fundamental basis."

"Under the influence of the expanded US monetary base and the inflation that we expect to express itself once the economy reflates, Edison calculates that a price closer to US$1,400/oz, rather than US$1,300/oz is appropriate," says Gibson.