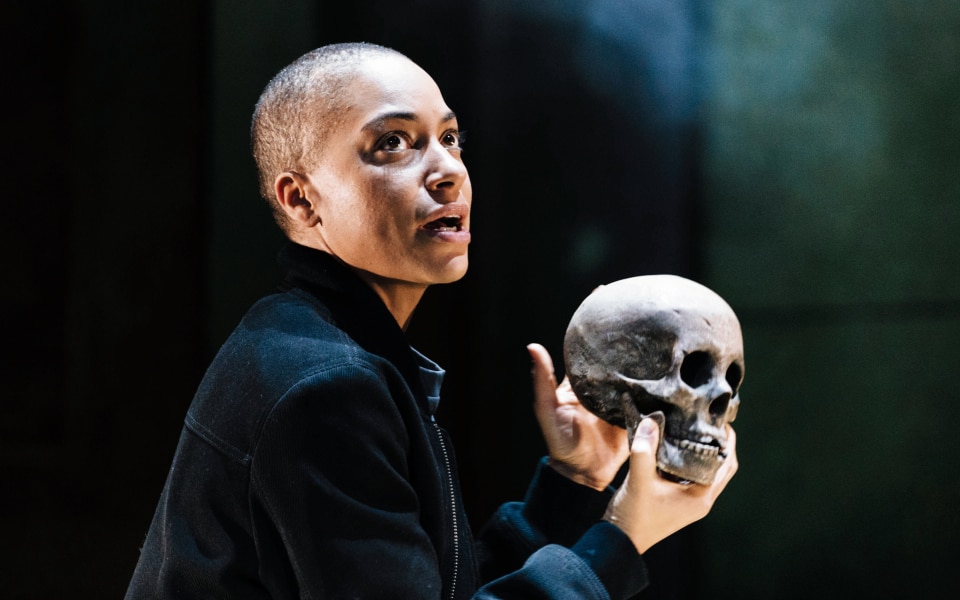 Playing Hamlet is still seen by many as the pinnacle of an acting career. When we think of the greats in the role we think of John Gielgud, Laurence Olivier, Richard Burton, Daniel Day-Lewis, Ian McKellan (twice, as of this summer). But Cush Jumbo inhabits the part so brilliantly in this new production at the Young Vic that it makes you wonder how many wonderful female Hamlets we have missed out on over the years.

While far from the first gender-swapped version of the Danish prince – among the earliest on record was French actor Sarah Bernhardt in 1899 – it’s still unusual enough for the Young Vic to hail this as a landmark production, one important enough to hold off during social distancing so they could open it to a full house.

Also Read:
What If If Only, Royal Court review: a punchy analysis of grief

And as soon as Jumbo saunters onto the stage, her character still very much male but androgynously dressed in mourning attire, you can tell you’re about to see something special. There’s a magnetism to her performance, a deliberateness to the set of her jaw and the slouch of her shoulder through which she conveys Hamlet’s spiralling mental state. The chemistry with her co-stars fizzes, from the straightforward bromance with Horatio to the guarded intimacy with Gertrude.

Her Hamlet is more willful than wild, the madness kept in check by a streak of sadistic cunning. He is full of rage, of course, tormented by his father’s murder, but while past Hamlets have been studies of depression or bipolar disorder, Jumbo’s seems to address how feelings of resentment can turn inward, festering into, ironically, toxic masculinity. Hamlet’s treatment of Ophelia, for instance, is particularly brutal, addressing her with sneering condescension, seeming to revel in the breaking of her heart.

The staging is less clear-cut, veering from spectacular to muddled. Taking place on a single set dominated by three rotating cuboids, there are moments that are as dramatic as a painting: Hamlet silhouetted, knife in hand, his shadow neatly framed by the corner of the stage. But the trade-off is a production that often feels static, its characters trapped in a vacuum.

Also Read:
Is God Is at The Royal Court: A fireball of rage and guilt

I’m also unsure exactly what director Greg Hersov had in mind when he envisioned the city of Elsinore. Each scene feels insular, one only tangentially related to the next. The play’s opening, featuring a genuinely chilling apparition appearing to Horatio, suggests his production may lean into the horror elements of the play. But this is all but forgotten in favour of impish, almost satirical characterisation: Guildenstern becomes a tragic neo-hippy, Rosencrantz a vaping fashion victim, Polonius a ridiculous poseur in Prince of Wales check (although he is excellently played for laughs by Joseph Marcell).

Elsewhere, the palace security carry assault rifles and wear military fatigues despite this being a place where violence feels oddly remote, and when it does arrive, it’s far more likely to be carried out by a youth with a switchblade than an automatic weapon. The last production of Hamlet I reviewed, at the Almeida back in 2017, conjured a world of 24/7 surveillance and totalitarian paranoia, in which modern firearms made far more sense.

Such issues could have toppled another production but Jumbo takes matters onto those hunched shoulders, delivering a performance that will be remembered long after the details are forgotten.