The City is back: Number of people working in London's financial sector soars past its pre-crash peak 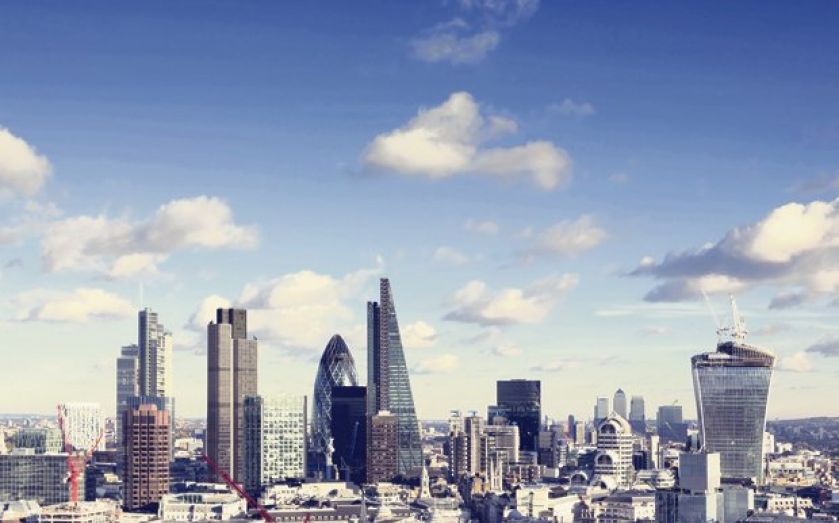 More workers than ever are employed in finance and professional services in London, new figures from TheCityUK show today, confirming that the capital has bounced back from the credit crunch.
The City was hit hard in the global financial crisis, with banks shedding tens of thousands of jobs and spending billions restructuring and rebuilding their finances.
But seven years on from the peak of the boom – and the  collapse of Northern Rock, which heralded the beginning of the crash in the UK – London has reached a fresh peak, and is now a bigger employer of financial and professional services staff than ever before.
A total of 703,900 are employed in the sectors, and that figure is expected to rise to 714,500 by the end of the year.
This means the jobs lost in the financial crisis have now been recovered – at its previous peak in 2007 the industries employed 691,700 workers. That figure crashed to a low of 635,900 but has at last clawed its way back up to a new record high as the economy prospers.
Over 2014, headcount in the finance and professional services sectors will have grown by 3.1 per cent, accelerating from the 2.4 per cent seen last year. The biggest growth over the first half of 2014 came in accounting and management consultancy, where headcount jumped by five per cent to 254,300.
Next was fund management, with growth of 4.5 per cent taking the number employed to 25,300.
By contrast headcount in banking slid 0.4 per cent to 143,300, and the workforce in legal services shrank 1.3 per cent to 105,500.
Since the crash, the balance of hiring has also shifted – 51 per cent of workers in the sectors are now in professional services, while finance accounts for 49 per cent, the opposite of the figures seen seven years ago.
By region the balance has moved slightly in favour of the City.
The workforce in the City itself has risen by 6,800 from 2007 to 2014, to 236,900 today. In Canary Wharf the total has slipped by 300 to 76,500.
And the total for the rest of London increased by 5,700 to 390,500.
FUND MANAGEMENT
25,300 employees
INSURANCE
70,200 employees
LEGAL SERVICES
105,500 employees
BANKING
143,300 employees
ACCOUNTING & MANAGEMENT CONSULTANCY
254,300 employees
AUXILIARY & OTHER
105,300 employees