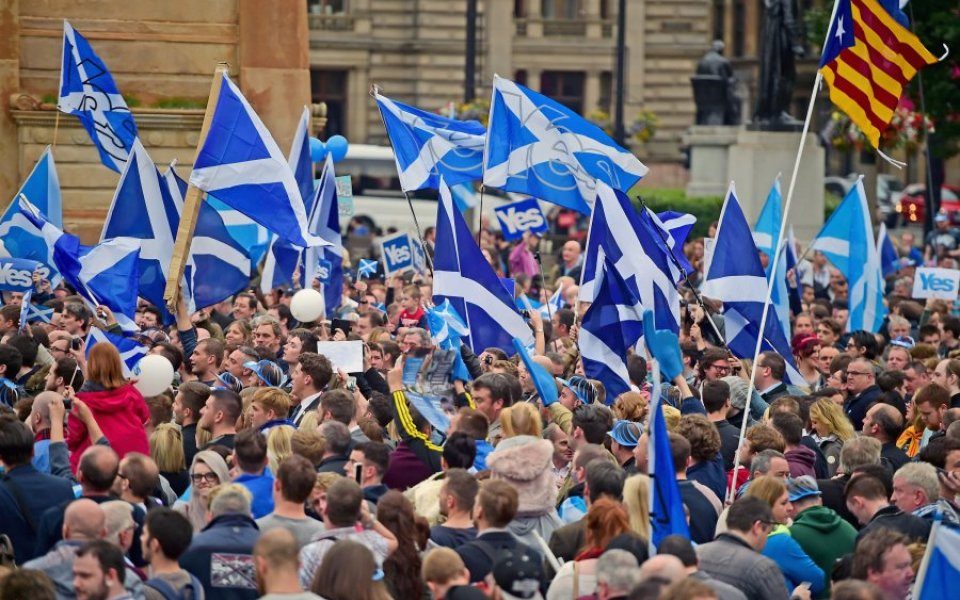 Former foreign secretary William Hague made one of the more bizarre arguments for remaining in European Union when he asserted that a United Kingdom vote to leave the EU would “increase the chances … of Scotland leaving the UK.”

It is true the Scottish National Party (SNP) says that a UK vote to leave the EU against the wishes of the Scots would be tantamount to “breaching the terms” of the 2014 Scottish referendum. However, this is less likely than it seems, and in any case, Scottish voters oppose the so-called double lock proposed by the SNP by 55 per cent to 45 per cent. Based on research from Edinburgh University of Government, they believe the EU referendum should be decided on a UK-wide basis.

The most important thing to understand is that the idea of another referendum in Scotland is extremely unpopular. Scottish voters oppose a second independence referendum in the next five years by 55 per cent to 36 per cent, and by 60 per cent to 40 per cent excluding don't knows. The 2014 referendum saw bitter division in workplaces, families, villages and communities across Scotland. The idea of opening up another Scottish political civil war is unappealing to most Scottish voters.

Nor does the SNP leadership want another referendum they cannot win. Despite a fair wind, a poor “Better Together” campaign (which never came together), a high oil price, and a blind surge of support for independence, they lost.

And they lost for two main reasons which will loom even bigger in any second referendum: Scotland does not have its own currency, and its government relies on a massive subsidy from England. The structural fiscal deficit is now much worse following the collapse of the oil price.

Alex Salmond used to argue for “full fiscal autonomy”. Now he argues for mere “full fiscal responsibility”. The SNP don't even really want full independence. In the 2014 referendum, they argued they would keep the pound, but demanded representation in the Bank of England, which the UK government were right to refuse. And of course they originally argued that “DevoMax”, their preferred option, should be an option on the ballot paper. Not bravehearts, but "fakehearts".

But perversely, the SNP leadership have come out of the Scottish referendum as the biggest winners. SNP took all but two Scottish seats in the 2015 general election. Moreover, in an attempt to appease SNP sentiment, Westminster has devolved the new powers on the Scottish Parliament. The SNP leadership is enjoying power in Scotland they never dreamed of. Why put this at risk by forcing a second referendum they could not win?

The problem which the SNP has whipped up for themselves is that most of the SNP’s 100,000 new members comprise the new Corbynista-type, anti-English radicals. They think “one more heave” will rid them of the English, but Salmond and Sturgeon have wiser heads on their shoulders. SNP “threats” of another referendum are not real threats, but attempts to placate the anti-English rage in their own party.

Finally, just consider this. In the run-up to the 2014 Scottish vote, the EU Commission President made it clear that Scotland could not simply walk out of the UK and join the EU as a member state. It would be even more difficult for them to join the EU if the UK as whole voted to leave it.