UK economic growth rises to 0.6 per cent in final quarter of 2014 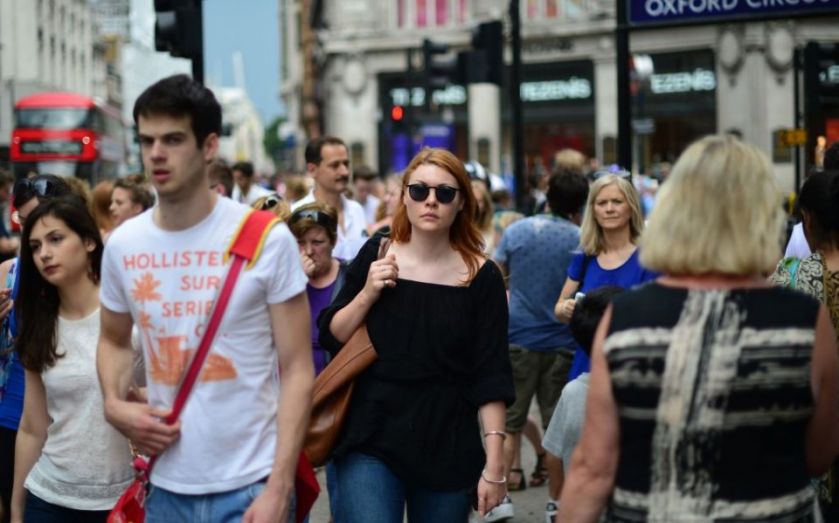 In what could be a general election boost for the Tories, Britain's economy grew more than previously thought in the final three months of last year, official data has shown.

Gross domestic product (GDP) increased by 0.6 per cent in the final quarter of 2014, up 0.1 percentage points from the previous estimate, according to data published this morning by the Office for National Statistics.

Overall, the economy was estimated to have grown 2.8 per cent in 2014, having been revised up 0.2 percentage points from the previously published estimate. This was the biggest expansion since 2006.

The gains mean Britain's GDP is now 3.7 per cent above its pre-crisis peak.

The rise was led by healthy consumer spending, which rose 0.6 per cent between the third and fourth quarter, with real disposable income rising 2.3 per cent year on year during the quarter. However, growth relied on the services sector, which increased 0.9 per cent quarter-on-quarter, while construction output fell 2.2 per cent.

Meanwhile, exports jumped 4.6 per cent, with imports rising 1.6 per cent.

Howard Archer, chief European and UK economist at IHS, suggested political uncertainty could have an impact on this quarter's growth.

If there is sustained political uncertainty after the May 2015 general election, then the UK could well suffer at least a temporary loss of economic traction. Furthermore, there is the danger of a significant hit to investment if the Conservatives head up the next government and call a referendum on European Union membership. If the referendum is set for 2017 (as currently planned by the Conservatives) this would be more likely to have a dampening impact on economic activity in 2016 and the first half of 2017 than in 2015. However, David Cameron has indicated that the referendum could possibly be brought forward to 2016.