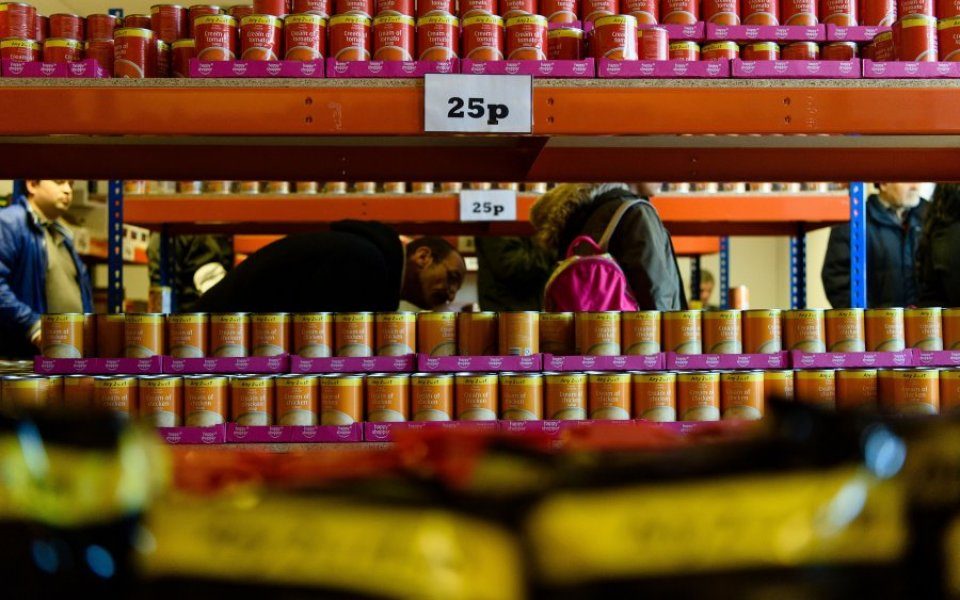 The EasyFoodstore has been forced to close just days after it was launched, after bargain-hunting Londoners stripped the shelves bare.

The pilot was launched on Monday, in Park Royal, north-London, with an introductory offer of 25p applied to all items ranging from pizzas to jaffa cakes.

Those looking to get their hands on a good deal queued outside the north London store in the hope of getting deals – but many of them left empty handed after early birds snapped up armfuls of the items on sale.

EasyGroup said it would be closed throughout today (4 February) but expected to open "with business as usual" on 5 of February at 9am.

"The reason for this store closure is that due to the huge publicity that our 25p promotion has attracted, we have had queues of customers coming to shop today 3 February and hence we sold out all our stock of food items today," the team said.

"Unfortunately our usual suppliers are unable to meet the demand in order to restock the shop again fully until Friday.

"Thanks for your patience and hope you will come back again soon during February when the promotion is on, always whilst stocks lasts."