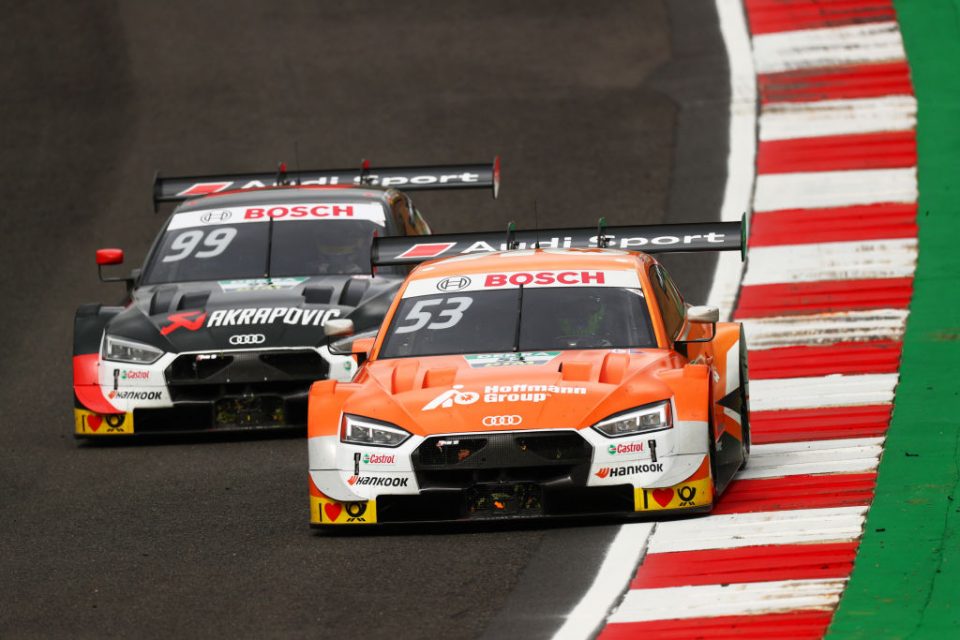 This weekend a decade of talks between Japan’s Super GT and the German DTM will reach fruition when the two motor racing series come together to take part in the inaugural Dream Race at Japan’s Fuji Speedway.

The unprecedented crossover event will see one of the world’s most renowned GT racing series, comprising manufacturers such as Honda, Lexus and Nissan, merge with perhaps the best touring car series in the world, which boasts Audi and BMW as participants.

Agreement on unifying technical regulations to allow cars to interchange between series was finally reached last year and, after a few cars from the Japanese series made the trip to Hockenheim for last month’s DTM finale, the German series is sending four Audi RS5s and three BMW M4s to Fuji for the first dedicated combined contest.

Read more: Revealed: How Hamilton and Mercedes retained Formula One titles on the cheap

Following Mercedes’ withdrawal from DTM at the end of 2018, appetite grew for the series to proceed with this agreement, although Aston Martin did replace the German giants for the 2019 season.

Unified “Class One” regulations, as they are known, were implemented this year but required more changes from the DTM cars which upgraded V8 engines for the two-litre, four-cylinder turbo engines used in Super GT, increasing its output to 620bhp and top speeds to more than 180pmh. Other aerodynamic changes have been made to bring the DTM in line with Super GT.

Why are they merging?

The move is aimed at allowing manufacturers from both series to participate in the other without the need for creating another car from scratch. A joint statement said “safety, cost reduction and equal opportunities” were at the centre of the regulation tie-up.

For those involved it is a low-cost and effective opportunity to gain additional exposure in Europe and Asia, although the ultimate goal and whether a complete series merger is under serious consideration remain unclear.

It should also benefit both series by aiding their appeal to new manufacturers, who will have the assurance that they are able to participate across both continents.

As well as the seven DTM cars, all 15 teams from the Super GT will participate in this weekend’s double-header, which will see a 55-minute plus one lap race take place on both Saturday and Sunday in the DTM format.

Read more: Why is Hamilton admired but not loved, even in Britain?

However, 2018 Super GT winner and ex-Formula One champion Jenson Button will not be involved due to his commitment to race in the formidable Baja 1000 desert race this week with long-term partner Honda.

Regardless of whether this weekend is an instant success for the merger, the series look increasingly destined to be intertwined over the coming years.