Donald Trump lashes out at ECB over euro’s fall 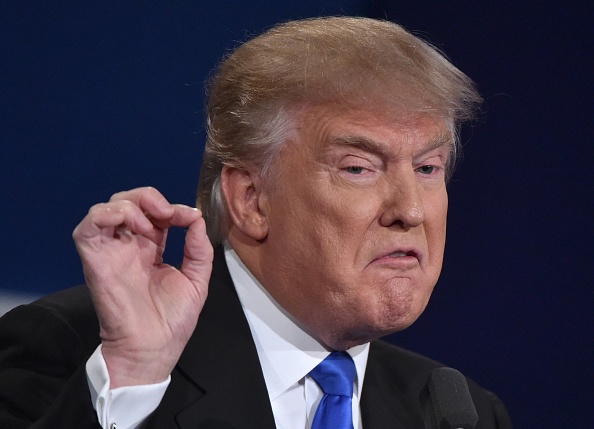 US President Donald Trump has reacted furiously to the euro’s fall against the dollar following the European Central Bank’s (ECB) decision to cut interest rates for the first time in over three years.

The euro fell as much as 0.7 per cent following the announcement, but was down 0.3 per cent by 2.30pm UK time to stand at $1.098. Lower interest rates make euro-denominated assets less attractive, reducing demand for the currency.

Trump tweeted: “European Central Bank, acting quickly, Cuts Rates 10 Basis Points. They are trying, and succeeding, in depreciating the Euro against the VERY strong Dollar, hurting U.S. exports…. And the Fed sits, and sits, and sits. They get paid to borrow money, while we are paying interest!”

The euro has fallen over five per cent against the dollar over the last year. Yet its decline is not simply a result of ECB policy, but also reflects stronger US growth, which makes the dollar more valuable.

In his press conference following the decision, ECB president Mario Draghi bluntly rebuffed Trump, whom he called the “First Tweeter”. He said: “We have a mandate, we pursue price stability, and we don’t target exchange rates, period.”

Trump’s tweet renewed his unprecedented public pressure on the US Federal Reserve. He yesterday called Fed policymakers “boneheads” and demanded that they drop interest rates to zero “or less”.

He tweeted: “The Federal Reserve should get our interest rates down to ZERO, or less, and we should then start to refinance our debt. INTEREST COST COULD BE BROUGHT WAY DOWN, while at the same time substantially lengthening the term.”

Negative yields on German government bonds, which means the government gets paid for borrowing money, have recently become a focus of Trump’s.

Yields fell further today after the ECB announced it would relaunch its bond-buying programme, which is likely to further anger the US President.