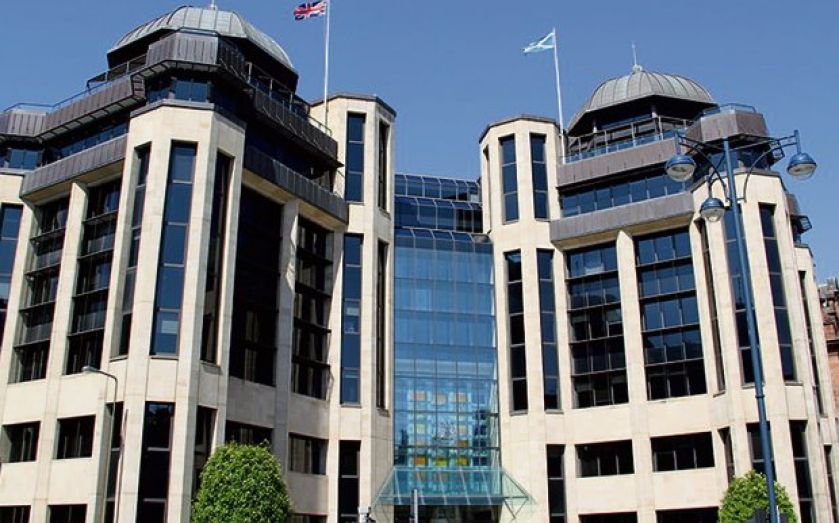 Lloyds, Standard Life and the Clydesdale Bank are planning to quit Scotland and move their headquarters to London if voters back independence in next week’s referendum, the firms said yesterday.

RBS is also planning to move to the City, Treasury sources said.

The contingency plans are aimed at reassuring investors they will be able to continue normal service despite the shock of the breakup of the UK.

It was a bad day for the nationalists, with a poll from Survation putting the unionists back in front – 53 per cent of decided voters said they will say No.

But there was hope last night for the Yes campaign that Aberdeen Asset Management boss Martin Gilbert would declare himself open to the idea of independence, the BBC reported. Gilbert is said to think the scaremongering over the consequences of a split have gone too far.

Rupert Murdoch has also spoken positively of the opportunities should the country vote to quit the UK.

Gilbert and Murdoch’s favour may reflect in part the hard work nationalist leader Alex Salmond has put in to convince businesses his regime would be a stable place to operate, with corporate tax rates potentially a couple of percentage points lower than those in the rest of the UK.

A number of factors could be behind the bump in popularity for the union, as voters make up their minds ahead of the vote. A strong economic case is being made by key UK industry figures, including Bank of England governor Mark Carney.

Yesterday, Carney warned that an independent Scotland could be forced to find over £100bn to build up banking reserves, in order to secure its financial system without the UK.

The country has a substantial financial sector, yet could expect to inherit less than £15bn of the UK’s reserves.

If an independent Scotland wanted to keep the pound, against the wishes of Westminster, it would have to stump up the cash for the reserves itself, potentially through higher taxes. But some of this burden would be eased if Lloyds and RBS relocated to London.

Carney revealed the Bank of England is also making contingency plans for a Yes vote – if Scotland does go independent, the Old Lady will continue its duties in Scotland for the 18-month renegotiation period.

Lloyds said its contingency plans include “the establishment of new legal entities in England” but “there would be no immediate changes or issues which could affect our business or our customers.”

RBS has not given details, but a Treasury source said the state-backed bank has “similar plans to base themselves in London.”

The firms’ interventions came on the day all three Westminster party leaders made a last-ditch sprint to Scotland to persuade voters against opting out of the union, with David Cameron making an emotional plea during a speech in Edinburgh. 100 Labour MPs are making the trip north today.

However, the Treasury denied it is making contingency plans.