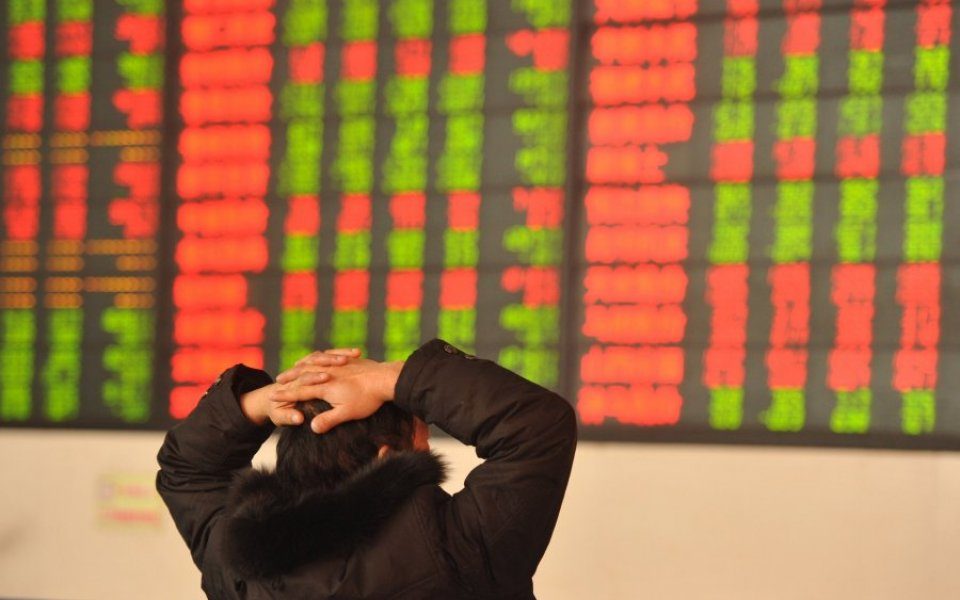 Here we go again. After some sense volatility had subsided (even a little) in Chinese markets in morning trading, the Shanghai Composite tumbled in the afternoon, leading Asian markets into the red.

Volatility in oil prices contributed to a late spell of sell-offs in China, leading the Shanghai Composite to finish 3.55 per cent lower at 2,900 points in afternoon trade.

Meanwhile, the Shenzhen Composite index finished the day 3.4 per cent down at 1,796 points.

There seemed to be some respite as Brent crude oil rose 2.4 per cent overnight, but the price then dropped 1.6 per cent, to linger around $30 a barrel again. Chinese markets didn't like that.

The latest economic data from China also weighed on investor sentiment and sparked more concerns over the state of the world's second largest economy.

"A weak Asia session has seen some of the positive momentum from last night’s US rally dissipate led by markets in China, after the latest lending data showed a sharp slowdown in the amount of new loans in December to Rmb597.8bn (£63bn) from Rmb708.9bn," said Michael Hewson, chief markets analyst at CMC Markets