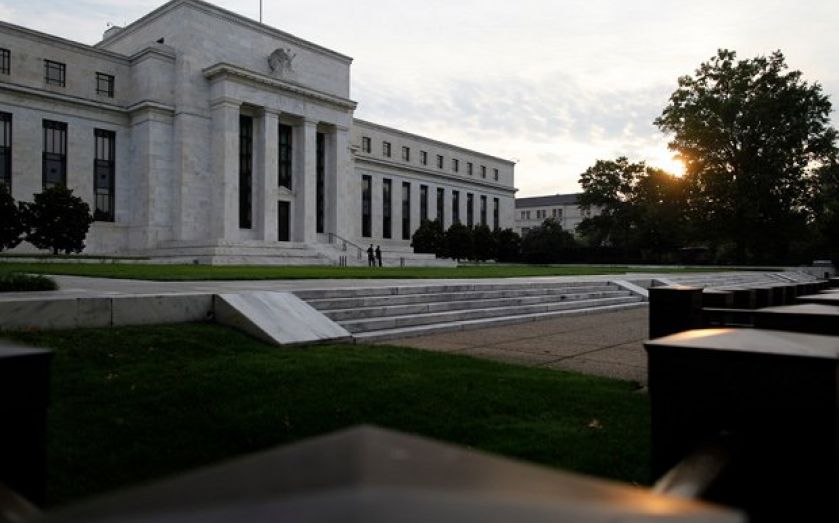 US FEDERAL Reserve watchers have taken a break from trying to figure out when the Fed will cut off its bond-buying programme to speculate about who will succeed chairman Ben Bernanke when his second term finishes at the end of January 2014.

We haven’t had the opportunity to pick a Fed chair since before the financial crisis, and this year marks the Fed’s hundredth year in existence. It’s therefore unsurprising that chair-watching has become quite the sport – with passionate fans clamouring for one candidate or the other.
Most of the attention has been fixed on Janet Yellen, vice chairwoman of the Fed’s board of governors, and Larry Summers, former US Treasury secretary. Last week, a group of religious organisations even entered the fray, when they recommended that President Obama pick someone who likes regulation. They are right about the new chairman needing to be more than just a monetary policy expert. For better or worse, regulation is now a big part of the job.
During the drafting of Dodd-Frank,  one of the most significant changes to US regulation since the Great Depression, the Fed – and its employees on loan to the Department of the Treasury’s rulewriting team – were front and centre in key policy-making conversations. They convinced lawmakers to let them into the drafting room and – once in – strove to convince them that they were the smartest, most capable regulators in that room.
They exuded confidence in their own abilities as regulators and systemic philosopher kings. With talent like that housed in the Fed, Congress didn’t need to worry about a thing. The Fed could simply take Dodd-Frank’s vague, high-level directives back to its trusty black box (not the same one that it used to miss the housing bubble, I’m sure) and generate the right path forward for the financial system.
Congress gratefully accepted the help, saddling the Fed with an enormous task-list that could be expanded at the Fed’s whim to cover vast swaths of the financial system. It would have been daunting for a normal agency, but not for the Fed. It now writes rules for big banks, small banks, foreign banks doing business in the US, US banks doing business abroad, bank holding companies, savings and loan holding companies, securities holding companies, non-bank subsidiaries like broker-dealers,  and “systemically important” financial market utilities and activities. The last category – the plumbing of the financial system – is a great win because it inspires yawns from everyone else. But the Fed’s regulatory mavens know that’s where critical functions in the financial system take place.
The dangers are clear. Other regulators have welcomed Dodd-Frank’s invitation to aggressively interpret their missions. The Commodity Futures Trading Commission (CFTC), for example, intoxicated with its responsibilities for over-the-counter derivatives, is angering international counterparts by its insistence that its jurisdiction is unbounded. Never mind that the CFTC’s capabilities (before the crisis, the agency relied on fax machines to receive data) are not up to the task of monitoring the US, let alone the rest of the world.
But as the coup de grace, Dodd-Frank gave the Fed authority over systemically important non-bank financial companies. Those are the entities that the new Financial Stability Oversight Council (of which the Fed chairman is a member) decides are so important that the financial system can’t live without – the too big to fail entities that Dodd-Frank purportedly outlawed. That is how AIG, the insurance giant that the Fed bailed out five years ago and brought back to life, came to be under the Fed’s purview.
Aside from the crash course the Fed took during the AIG rescue, it doesn’t seem to have much insurance expertise. But the Fed has convinced itself that everything can be regulated like a bank. And it also has its sights set on money market mutual funds. For now, it’s coaching the Securities and Exchange Commission (SEC) from the sidelines, but if the SEC’s reforms don’t pass muster, the Fed could elbow it out of the way.
But it doesn’t end there. The Fed is also involved in writing the Volcker rule governing proprietary trading, and rules for capital requirements, mortgages, derivatives, and debit cards. The last one has been toughest for the Fed. Congress directed it to write a rule that sets price caps for debit card fees. The Fed wrote a rule, got sued, and lost. The court sent the Fed back to the drawing board to do a better job of price fixing, one task with which it clearly is not comfortable – at least not in the regulatory policy realm.
With all of the regulation awaiting Bernanke’s replacement, there will barely be time to bother with monetary policy. As troubling as some of the rulemaking is, maybe that’s just as well.
Hester Peirce is a senior research fellow at the Mercatus Center at George Mason University.