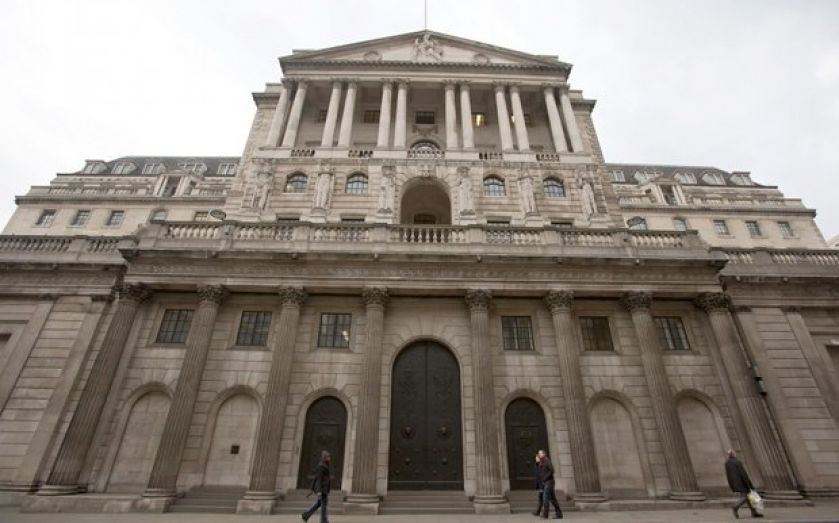 THE Bank of England wants to secure sustainable growth and reduce unemployment by promising to keep rates near zero for three more years. Its new “forward guidance” commits to maintain rates at current emergency levels, even in the face of economic growth and above-target inflation.

The success of this strategy depends on encouraging more lending and spending, and also relies on rising house prices and asset markets. Didn’t excessive borrowing pre-2008 (both public and private sector), coupled with irresponsible lending and a mis-prising of financial or market risks, cause the original crisis?

Policymakers are once again encouraging lending and borrowing to generate sustainable growth – by enticing people into mortgages which appear affordable at today’s low rates, boosting rising house prices to help repay those mortgages, and encouraging more people to take risks with their finances. But more worryingly, while most people felt good during the noughties boom, the current policy stance is hurting millions, leaving many much worse off.

Perhaps the negative side-effects have been brushed aside because this unrealistic monetary environment is so marvellous for powerful vested interest groups. Meanwhile, concerns about high house prices, youngsters struggling with rising rents, and older people with low annuity rates and savings income, are dismissed as self-centred pleadings. Even the concerns about falling living standards as workers’ wages fail to keep up with above-target inflation are downplayed.

The result has been a redistribution of national income and wealth away from younger and older people towards those in their 30s, 40s and 50s, and away from those who aim to be self-reliant by saving for their future towards those who were happy to keep borrowing without worrying about debt repayments. Those who shunned irresponsible borrowing, lending or investing have been made poorer as a result of policies to help others with excessive debts.

Enticing borrowers into cheap loans at depressed rates while making millions poorer is not a recipe for sustainable recovery. The Bank’s low rate policies may feel good in the short-term, but a small rise in rates as the economy picks up would be more sensible.

Nobody wants savers’ money at the moment, but that is an indication of banking failure. Banks would normally recycle deposits into productive lending.  However, because the Bank is giving them so much cheap funding, depositors lose money in real terms, or must take risks they are not prepared for. No economy can survive in the long-run without savers who are willing to set money aside for their own future.

Sustainable growth can be generated by harnessing institutional assets – there are billions in pension funds and insurance companies – to invest in infrastructure projects to boost long-term growth with a government underpin, and lend directly to small and medium-sized businesses on reasonable terms (decent charges and fees, not just lower interest rates). And we need to build more homes to make house prices and rents more affordable in future, rather than stoking up another housing bubble with taxpayer guarantees or keeping rates too low for too long.