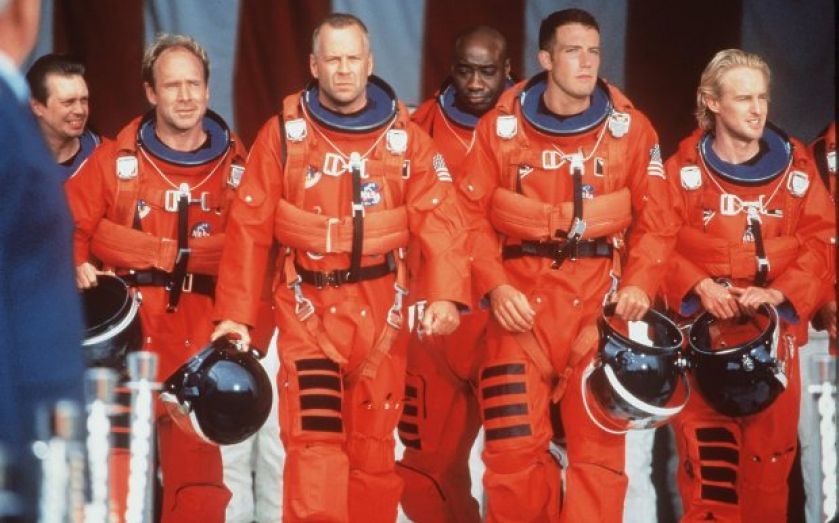 Simple cost-benefit analyses will often do the job. The 1998 action flick Armageddon presents just such a problem. A giant asteroid is headed towards earth, and is likely to end all human life.

In that instance, the answer is fairly evident: It's worth intervening if the expected benefits of acting exceed the expected costs. If everyone's going to die without intervention, then accepting costs of any size to avoid armageddon is likely to be preferable to taking no action.

But what happens if governments face multiple catastrophic events, none of which is guaranteed to wipe out all life? Assessing each threat on an individual basis might suggest that we pay up, and aim to prevent every disaster. Two economists aren't convinced that this is best practice: Even if the benefit of averting each one exceeds the cost, we should not necessarily avert all of them.

When government projects are very small relative to the economy, and if there are not too many of  them, conventional cost-benefit intuition prevails. But for large projects, requiring huge investment, then these plans become interdependent. They're so large that they affect the  overall allocation of resources in an economy.

In their working paper "Averting Catastrophes: The Strange Economics of Scylla and Charybdis", the authors Ian Martin and Robert Pindyck argue that if the benefits from averting one disaster may decrease, if more disasters are expected. Any potential catastrophe reduces expected future consumption, as it threatens to destroy resources, making people worse off. But when people are worse off, any additional income is worth more.

£10 has more value to someone with nothing than to a millionaire. So if you're facing a lot of catastrophes and are likely to become very poor, then preventing the next marginal disaster becomes more important. The £10 of value you lose when you have £100 is a bigger blow than it would be if you had £10,000.

Consider an example in which there are three potential catastrophes. The first has a benefit much greater than the cost, and the other two have benefits greater than the costs, but not that much greater. Naive reasoning would suggest that we should eliminate the first catastrophe and then decide whether to eliminate the other two, but we show that such reasoning is wrong.

Martin and Pindyck consider the threat of a mega-virus, climate catastrophe, nuclear terrorism, bioterroism, floods, storms, and earthquakes. Which policymakers seek to avoid depends on how risk-averse they are.

p.s. Armageddon was a film itself well worth the cost. With a total production budget of $140m, those bankrolling the film had to assume it would make back that amount or more. Thankfully, it was a runaway success. To date the film has grossed more than $553.7m worldwide according to Box Office Mojo.