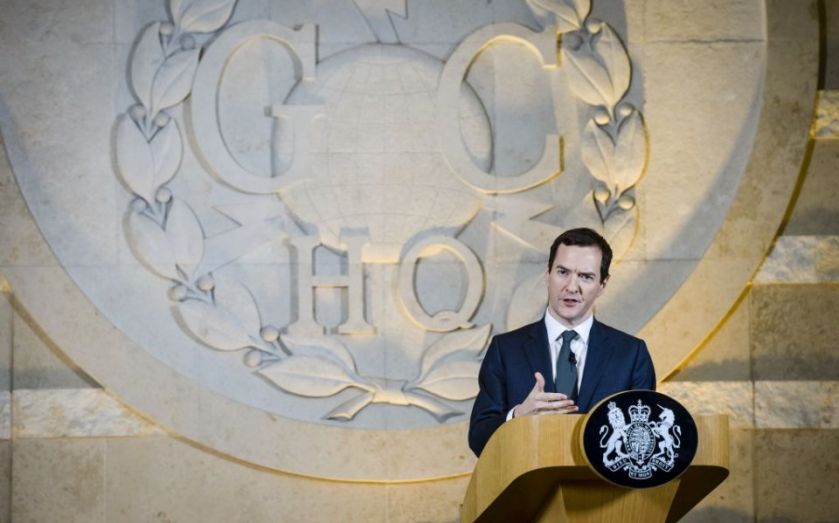 For the third time in a year, tomorrow, George Osborne will take to the despatch box to deliver a budget or budget-like statement. We will be treated to a feast of announcements as the Treasury pontificates on just about every policy issue imaginable in its “Autumn Statement” – showing the huge governmental power hoarded within 1 Horse Guards Road.
These speeches always tend to put political headlines ahead of good economics. But there are three reasons why this year’s could be important.

First, this parliament’s Spending Review will be published – the departmental expenditure plans up to 2020. Having ring-fenced an overwhelming majority of spending (on pensioners, the NHS, international aid, defence, per-pupil funding for schools, and debt interest), the government has set arbitrary targets – urging other departments to salami slice their way to them.
There is little evidence that the government has assessed large programmes (or the need for whole departments) according to changing demands and cost pressures. Nevertheless, its decisions to protect huge areas mean the state is being reshaped almost by default.
The traditional parts of government – law and order, justice and local government – are not ring-fenced and are likely to continue to face significant cuts in order to broadly protect the welfare state. Tomorrow will thus see paradoxical media coverage. As in the past parliament, when overall real spending fell by just 2.9 per cent, there will be talk of “savage cuts” on areas such as the police and local government – ignoring that overall spending restraint is very modest, and that the welfare state continues to grow.
Read more: How George Osborne's cuts would shrink each department

We are also likely to see more action in an area in which Osborne is right in his thinking – the need for more decentralisation of power. With just 5 per cent of tax revenues raised at a sub-central level, we are one of the most centralised polities in the world. Councils have little power, and where they do it is heavily constrained by statutory demands.
It is rumoured that Osborne will announce more City Deals to devolve spending powers. While right in its intentions, this approach creates problems. City Deals are creating asymmetric governance arrangements. In some areas, like Leeds, they actually lead to more centralisation, as local authorities are brought together to create unitary ones. Most importantly, however, while City Deals give cities more power over how to spend grants, they do little to decentralise tax-raising powers – highlighted in the vast economic literature as being necessary for decentralisation to engender good outcomes like robust economic growth.
There has been some discussion that the chancellor might give councils more power over varying council tax, as well as the recently announced decision to devolve business rates to them. The UK is ripe for more tax decentralisation. Indeed, aside from the need for redistributive welfare expenditure, the aim should be to devolve power downwards as far as possible, with local authorities raising their own revenue to finance their own spending.
Read more: Dear George: My Autumn Statement wishlist

The Autumn Statement could be politically important for the Conservatives too. The tax credit changes announced in the July budget have brought political pain, and a Lords defeat, for the government. All eyes will be on how far the chancellor waters down his proposed changes. But without a fundamental overhaul of the system, lowering the threshold below which tax credits are withdrawn and withdrawing tax credits more quickly (as Osborne wants to do) will worsen marginal tax rates on many low earners – however slowly the chancellor decides to phase them in or however much he fiddles to protect low earners.
It might be that, with the Labour Party flagging in the polls, the chancellor sees this as an opportune time to push forward with a difficult reform. But the tax credit changes will adversely affect work incentives – hardly in fitting with the government’s declared aim of “full employment”. It would be better to rethink entirely.