Auditors as you've never seen them before: EY's UK financial services leader Omar Ali explains how the big four firm is shaking up the accountancy world 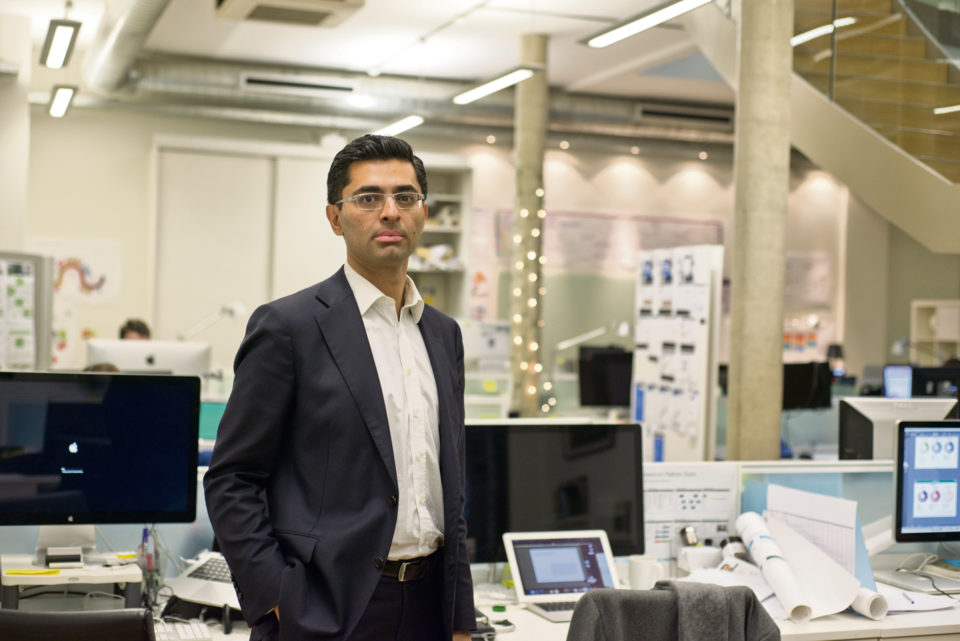 Shoreditch: it’s home of hip art galleries, a vibrant nightlife and, following its acquisition of digital design consultancy Seren this summer, some of EY’s most cutting-edge offerings.

“We spent a lot of time working out what we wanted to do in digital,” explains Omar Ali, when he meets with City A.M. in the Hackney offices. “We were very clear that the way for us to go was not to take existing services and just rebadge them as digital – pull a load of people and stick them in a unit and call it digital.”

EY Seren allows the professional services firm to help their clients map their customers’ journeys – tracking the points a consumer interacts with a company while, for example, making a purchase – giving them valuable insight into how their products are really seen by the marketplace. Ali believes this resource gives EY’s UK financial services division, of which he was appointed head of in October, a powerful advantage.

It might not be the type of service you would expect from an accountancy firm, and Ali, who became a partner at EY in 2006 when he was just 29, is keen to challenge the perception that profession is nothing more than men in grey suits with a fondness for spreadsheets, adding: “I don’t believe that the reputation is accurate or fair.”

Ali cut his teeth in banking, before setting up his own dot com company and then joining EY in 2001. “Truthfully, I didn’t think I was going to stay for more than a year and then, 15 years on, I’m still here,” he says, praising EY’s entrepreneurial spirit and enormous range of services as key reasons for him remaining with the firm.

To give an idea of some the more unexpected services EY has on offer, Ali reveals that he has been working with the firm’s robotics team less than 24 hours before his City A.M. interview. “We have perhaps the largest and the fastest growing robotics practice in financial services,” he says. “Now, that is really cool, really cutting-edge and really innovative.”

EY has also spent the last year concentrating on building up a financial technology, or fintech, practice, and has signed up with fintech trade body Innovate Finance. It’s an area Ali is particularly passionate about, adding: “Fintech is going to be huge. Whether or not it will be as big as some experts predict doesn’t matter. It is going to be massive.”

Meanwhile, he scoffs at the idea that the professional services industry, which is arguably dominated by four major players, is at risk of becoming stale. “Our industry is so competitive and competition breeds innovation,” he remarks, pointing to the requirement for FTSE 350 companies to put their audit out for tender at least once every 10 years as just one factor that has added new level of contest to the sector in recent years.

He adds: “I wake up every day knowing that I have to fight to continue to prove to our clients that we are the best firm to do their work.”

As for Ali’s new role, he has high hopes for the future. “I have very, very ambitious plans for the future of this business. I feel immensely proud and lucky to be asked to do this role at this exact time,” he says.

He continues: “If you look at what is happening in financial services right now, I’m not sure there has ever been a time when it has been so dynamic, and such a changing environment. What the industry has come through over the last few years has got a lot of people asking a lot of questions of it.”