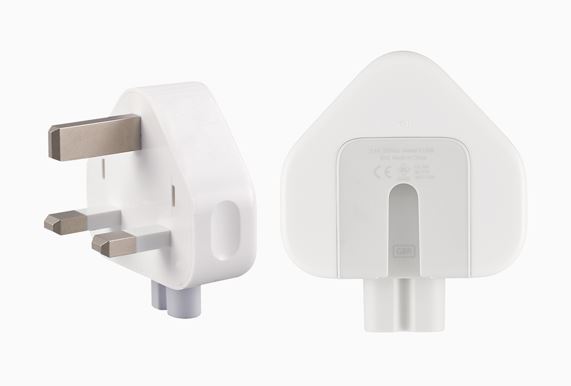 Apple has recalled certain plug adapters in the UK over fears they could cause an electric shock.

The tech giant has recalled the AC wall plug adapter shipped with Macs and iOS devices between 2003 and 2010 and included in the Apple World Traveller Adapter Kit.

Apple said six incidents had been reported worldwide, and that the defect affected plugs designed for use in Hong Kong, Singapore and the UK.

In a statement published today the company said: “ Apple today announced a voluntary recall of AC wall plug adapters designed for use primarily in Hong Kong, Singapore and the United Kingdom.

The product recall affects the three-prong plug adapter, which is white with no letters on the inside slot where it attaches to the main Apple power adapter.

Customers were advised to exchange the faulty product free of charge.

“Customer safety is always Apple's top priority, and we have voluntarily decided to exchange affected wall plug adapters with a new adapter, free of charge,” the firm added.